Terminally Ill Boy Wishes for Christmas Cards, Receives Over 14,000 in One Day
0 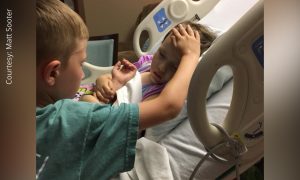 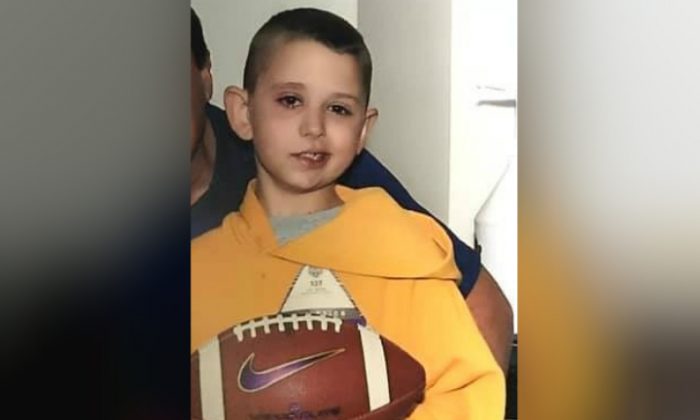 Boy With Brain Cancer Gets 40,000 Christmas Cards and Prayers of the President

A boy with terminal brain cancer has received over 40,000 Christmas cards, along with the well-wishes of the U.S. president, after a friend encouraged people to “flood” the family mailbox with Christmas cheer.

Drake Quibodeaux was told he might have only 9-12 months to live back in March when he was diagnosed with Diffuse intrinsic pontine glioma, a highly aggressive tumor found at the base of the brain. Only one in 20 children survive beyond a year. There is no known cure.

A few weeks before Christmas, and as they approached the 9-month prognosis, his parents received the news that the tumor was growing.

A friend decided to enlist the spirit of Christmas, sending out a message on social media encouraging people to send Christmas cards.

The message went viral, sparking letters, gifts, keepsakes, and visits from members of the public, local police, soldiers stationed halfway around the world, the state governor, and even an official letter from the White House. (And, of course, a visit from Santa).

Prayers of the President

The family home in Vinton, Louisiana, is now a gallery to the kindness of strangers, with boxes of Christmas cards and gifts piled high in the kitchen.

On Dec. 20, Drake’s mother, Danielle Quibodeaux, posted a picture of a letter to Drake topped with the seal of the president on her Facebook page, captioned with one word, “Wow!!!”

“Melania and I recently learned of your diagnosis and send our prayers for your healing and recovery,” President Donald Trump wrote. “The resolve and tenacity you have demonstrated during this difficult time is inspiring.”

He added, “We pray that God grants you strength as you courageously fight this battle. We hope you find comfort and peace in your faith and that you are uplifted by all those around you.”

His mother said the personal mementos have touched her the most.

“I got a crucifix from a soldier who said he’d worn it since the day he turned 19 and he’s never taken it off and he said it’s battle-tested and proven and he hopes it helps Drake,” she told the KALB.

She said she was also touched by a college acceptance letter for Drake. “That wasn’t something that I was aware I would miss out on at the time because I’m just living life right now and, yeah, that was hard to open.”

When Drake first heard of the Christmas card campaign, according to WHTR, he had only a modest hope: to receive over 190 cards.

“We tape them to our front door,” his mom told WTHR when the first letters started to come in. “He just looks at them and says ‘They love me so much mama,’ he said. I’m like ‘Yes baby.’”

But as the letters started to flood in, hundreds at a time, there was soon no room on that door.

According to his mother, they’ve received 40,000 letters, but in a later Facebook post, she estimated that it could be around 100,000.

“It’s not about presents, it’s not about nothing,” Quibodeaux said. “It’s about letting him know the community loves him and they’re behind him.”
A crowdfunding campaign was also set up online to fund a trip to Disney for Drake and his family, raising $20,000 in 14 days.