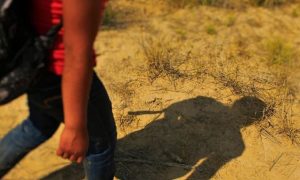 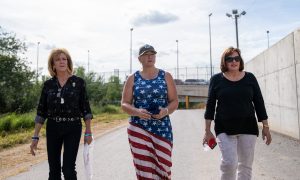 Mothers Travel to Texas Border to Advocate for Better Security
0 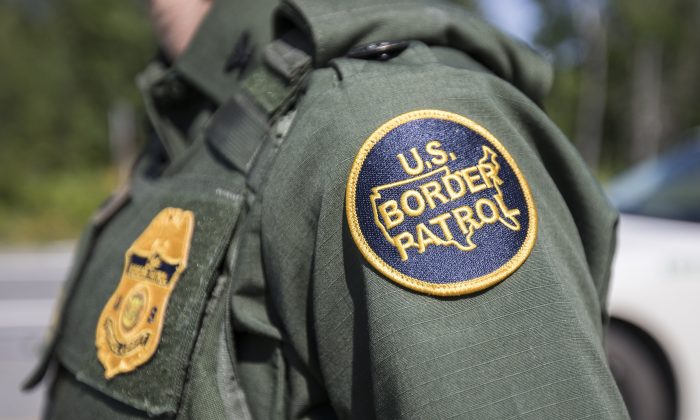 A patch on the uniform of a U.S. Border Patrol agent. (Scott Eisen/Getty Images)
US

Along the Rio Grande in Texas, a U.S. Border Patrol agent was assaulted by an illegal immigrant he tried to help.

According to a Dec. 19 media release from U.S. Customs and Border Protection, Border Patrol agents spotted a man in the middle of the Rio Grande calling for help. One agent responded to the call with a flotation device stored in his vehicle. The Rio Grande serves as the border line between Mexico and Texas.

However, before the Eagle Pass Station agent could deploy the device, the man, a 31-year-old Mexican national, made it to the U.S. side of the river.

He was immediately placed under arrest for illegal entry. While the agent escorted the man to a vehicle, the man assaulted the agent.

No one was seriously injured in the ensuing struggle, and the agent subdued the man and took him into custody.

“This incident is an example of the threats and risks faced by U.S. Border Patrol agents as they work to secure the border,” said Del Rio Sector Acting Chief Patrol Agent Mathew J. Hudak. “We take any assault of our agents seriously. We will seek maximum penalties available under the law of anyone who assaults a Border Patrol agent.”

The illegal alien is being charged with assault on a federal officer and faces a maximum of eight years in prison.

Mary Ann Mendoza told her story to The Epoch Times about how her son was killed by an illegal alien.

Brandon Mendoza was a sergeant with the Mesa Police Department in Arizona. He was killed in a car crash, at the age of 32. The speeding driver was an illegal alien, who was drunk and high on drugs.

He was also a convicted criminal who evaded going to court in Colorado years prior and instead found his way to Arizona.

“We’ve got to stop this continual invasion; this repeat invasion of known criminals who keep coming back into our country,” said Mary Ann Mendoza.

What happened in Eagle Pass, and the death of Brandon Mendoza are not isolated incidents. The crimes committed by illegal aliens can be far more serious than illegally crossing the border.

In a report (pdf), the Government Accountability Office (GAO) analyzed data from 2015 of five state prison systems. The GAO found that the most common crimes committed by illegal aliens in prison are related to drugs, homicide, or sex offenses. Notably, more than 5,000 inmates in the California state prison system were illegal aliens who have attempted or committed homicides.

In addition, according to an article written by James Simpson, an investigative journalist and former White House budget analyst, the rate of crimes committed by illegal aliens were far greater than American citizens. Using the state of Arizona as an example, Simpson showed that while illegal aliens only account for 6 percent of the population, they committed about 30 percent of all kidnappings.

The crimes committed by illegal aliens can be costly too. In 2007, the state administration of justice spent nearly $11 billion and a further $13 billion was spent on federal justice enforcement of illegal aliens and their children, according to a report from the Federation for American Immigration Reform.