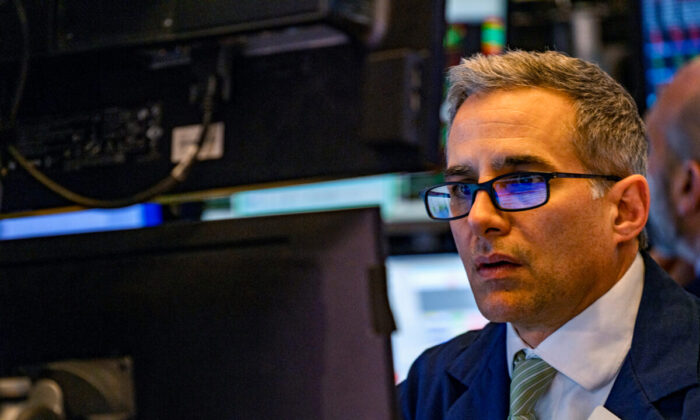 A key measure of the bond market’s expectations for upward price pressures over the next five years, known as the five-year breakeven inflation rate, surged to an all-time high of 3.113 percent on Nov. 10, shortly after government data was released showing consumer price inflation rising at its fastest annual rate in nearly 31 years.

The sharp rise in the bond market-derived gauge suggests that investors expect inflation to average over 3 percent a year for the next five years and that upward price pressures will be more persistent than the Fed’s “transitory” expectations, potentially forcing the central bank to accelerate its interest rate hike schedule.

“No matter how squishy the definition of ‘transitory’ might be, it is undeniable that inflation is a problem,” Bankrate Chief Financial Analyst Greg McBride told The Epoch Times in an emailed statement. “Consumers are feeling it in the pocketbook at the gas pump, grocery store, and tenants in many parts of the country could get sticker shock at their next lease renewal.”

While the FOMC said it would start rolling back the Fed’s bond buying program, it opted to keep interest rates unchanged, saying accommodative monetary conditions would remain in place until the labor market has made a more solid recovery. The FOMC vowed action in the event of a material change in the outlook, including if inflationary expectations have became de-anchored from the Fed’s longer-run inflation target of 2 percent.

Another bond market-derived gauge, the 10-year breakeven inflation rate, which reflects inflation expectations for the next 10 years, rose on Nov. 10 to a reading of 2.70 percent, the second-highest in the history of the series, surpassed only once before, in March 2005, when it hit 2.71 percent.

The upward moves in the five-year and 10-year breakevens suggest a Fed pivot may come sooner rather than later.

“The market thinks the Fed, and most other central banks, are behind the curve,” meaning a more rapid tightening than policy makers have communicated thus far, said ING economist Rob Carnell.

The moves in the two bond market inflation gauges came after the consumer price index (CPI), a measure of inflation from the perspective of end consumers of goods and services, rose 0.9 percent over the month and 6.2 percent over the year in October, the Bureau of Labor Statistics reported Nov. 10.

“Inflation concerns are weighing on consumer confidence and with an annual rate of north of 6 percent, this will only continue,” McBride said. “Further, the bottlenecks throughout the supply chain will be with us well into 2022, and with that, upward pressure on prices.”

With prices running high and little sign of immediate relief, consumer expectations for what the rate of inflation will be in the future have also risen to all-time highs.