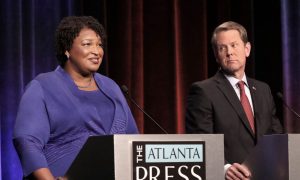 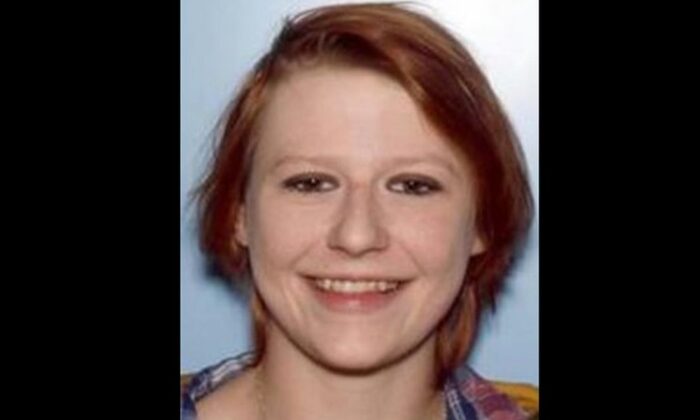 A missing Georgia woman was found dead in a rural area, and officials said that two suspects are at large.

Lumpkin County authorities said the remains of Hannah Bender, 21, were recovered by the sheriff’s office on Sept. 25, according to Atlanta’s WSB-TV. She went missing more than a week ago.

An arrest warrant was issued for Stryker after Bender’s blood-stained clothes were found. They also spoke to witnesses.

“This has been an experience for my family. I want everyone to stop spreading information and just shut up and stop throwing that garbage out there online,” her father, Gary Bender, said.

According to the Atlanta Journal-Constitution, her body was found in a shallow grave off Parks Road near Georgia Highway 306. A tipster led investigators to the location.

Her mother, Carol Gilreath, said that she heard from her daughter last on Sept. 14 when she text messaged her. Five days later, Gilreath reported Bender missing.

It’s not clear how investigators connected Stryker to the woman’s case, but officials said he is believed to be driving a black Ford Ranger with front-end damage. The vehicle was later located, officials said, according to the newspaper.

Stryker’s wife, Elizabeth Donaldson, was arrested in Dawson County in connection with the case, reported 11Alive. She was charged with concealing evidence.

Officials said that Harper is suspected in the murder, the Journal-Constitution reported, adding that he might be driving a 2008 Ford Explorer.

The Georgia Bureau of Investigation is involved in the case.

Bender’s cause of death has not yet been determined, and an autopsy is scheduled.