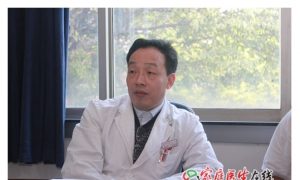 Chinese Medical Official Admits That Organs Were Extracted Without Consent
0 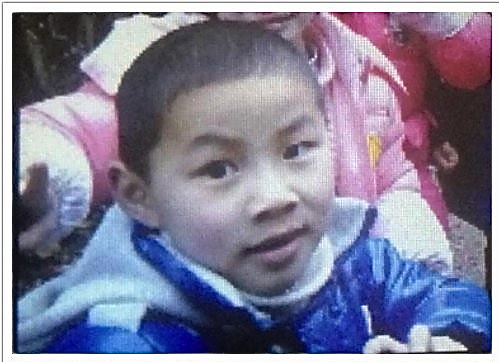 He Yuqi, age 7, was abducted on Aug. 27 in Chenzhou, Hunan Province. His decomposing corpse was discovered on Sept. 8 in a septic tank. (NTD Television)
China

Body of Missing Child in China Found in Septic Tank

The body of a 7-year-old boy, missing since Aug. 27, was found in a septic tank on Sept. 8 with his skull damaged, and, according to the aunt who cared for him, some of his internal organs missing. The incident, which took place in Chenzhou, in southern China’s Hunan Province, comes as a gruesome reminder of the case in which a 6-year-old from Shanxi was drugged and had his eyes dug out, which also took place on Aug. 27.

Beihu District sanitation workers found the decomposing remains of the boy, He Yuqi, as they were cleaning a septic tank in the city. The body was quickly identified by the victim’s family.

He Yuqi was a second grader at a school for the visually impaired in Chenzhou who lived with his aunt Jiang Zhifang, as his parents worked elsewhere. On Aug. 27, Yuqi never returned home from school. His aunt and mother called the school repeatedly, but Yuqi was nowhere to be found. The family soon reported the case to the Beihu District police.

“All the flesh is gone from the skull; the most intact part of him are his legs,” Jiang Zhifang told New Tang Dynasty Television.

“I could make out only his liver and intestines. The rest is nothing but bone. There’s a big wound on the forehead, at least 3 or 4 centimeters long,” she said.

Chenzhou News Network reported that the preliminary forensic investigation determined that no bones, including the bone structure of the skull and thorax, had been broken. No mention was made of missing organs or decomposition.

Despite frantic questioning by Yuqi’s family ever since his disappearance, it was only on Sept. 7 that details of the suspect were revealed, when the mother of one of Yuqi’s classmates contacted Jiang.

She said her son, who walked home with Yuqi, described Yuqi as being led away by a middle-aged man dressed in dark clothes. The classmate had kept the incident to himself out of fear—until he had trouble going to the bathroom the night prior.

“My son cried when he saw what was happening, but he dared not make a sound,” the mother said to NTD Television. The stranger then took Yuqi into a black car.

Jiang and the rest of the family criticized the police for their lackluster response. They were especially incensed by the fact that not a single officer was dispatched to aid them in their search during the few days after Yuqi’s disappearance.

“I asked the officers at 8 in the morning what was going on, and they said they had no clue,” Jiang said. “Deputy Chief Yuan finally showed up at 9:50. He said, ‘This is all I can do.’ I was enraged.” On Aug. 30, the case was transferred to the Beibu District Public Security Bureau.

Footage captured by surveillance camera showed six black cars at the scene of the incident, according to an article published on the Chenzhou city government website. When NTD reporters called the Public Security Bureau’s Beihu branch, the officer on duty refused to answer any questions.

The motives of the Chenzhou case and the recent incident in Shanxi Province, in which a 6-year-old had his eyes gouged out, are still unclear.

In the Chenzhou case the aunt says that internal organs were missing, which suggests that they may have been removed for resale. However, the decomposition and damage to the body, and the traumatic context of the aunt’s inspection of the corpse makes it difficult to know what had been done to the boy.

In the Shanxi case, it was first reported that the eyeballs that had been gouged out had been found without their corneas, raising the possibility that they had been harvested for transplant.

Later, state media sought to refute that claim, saying that the assailant was the boy’s aunt who carried out the vicious attack without a motive, and then killed herself by leaping into a well.

According to the Associated Press, the father of the victim, Guo Zhiping, questioned this revised story: The aunt, who was working in a local factory on the day of the assault, would not have had time to commit the crime, he said.

The child also reported that his attacker spoke with a regional accent, suggesting that she was not a local. The father also denied the possibility of a family dispute.

Chen Youxin, an ophthalmologist at Peking Union Medical College, told China Daily that only 10 percent of national demand for corneas is met.

With translation by Frank Fang and Rebecca Chen.