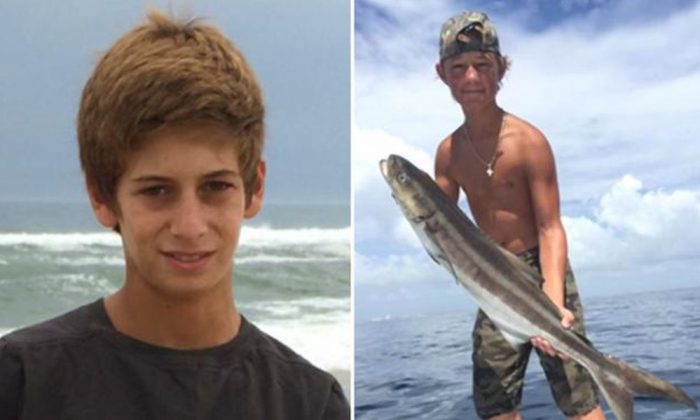 (US COAST GUARD)
US

The boat of two Florida teens who disappeared last summer was discovered off the coast of Bermuda.

Perry Cohen and Austin Stephanos, both 14, got lost at sea during a bout of severe weather on July 24, 2015. Their boat was confirmed Saturday by the US Coast Guard and the Florida Fish and Wildlife Conservation Commission (FFWCC), reported CNN.

It was found March 18 by a Norwegian supply ship around 100 miles off the coast of Bermuda.

It’s unclear what happened to the two boys. An iPhone and a tackle box were found on the recovered boat, NBC News reported.

“The boat was subsequently confirmed to be the boat that belonged to Austin Stephanos,” Rob Klepper, a spokesman for the FFWCC, told CNN.

The boys’ families were notified shortly after the boat was discovered.

“The personal effects that were onboard the boat will be returned to the families of the victims, and subsequent information retrieval efforts from any of those items will be at their discretion,” Klepper added. “The (fish and wildlife commission) will examine the vessel for any new information, and return the boat to the family.”

Perry’s parents, Pamela Cohen and Nick Korniloff, issued a statement on the matter.

“This is an open missing persons case, and we hope that FWC reopens their investigation and utilizes the expert resources of other government agencies as well as the private sector if necessary to extrapolate the data from the recovered iPhone,” they told NBC.

The Coast Guard called the search off for the two boys a week after their boat went missing. The agency covered about 50,000 square nautical miles that went from Jupiter, Florida, to Cape Hatteras, North Carolina.

The families ended their own, personally funded search on Aug. 10.

“We love our boys and want them home. Today, our hope becomes our prayer—that one day Perry and Austin will be returned to us,” the families said in a statement last year.