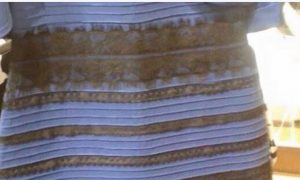 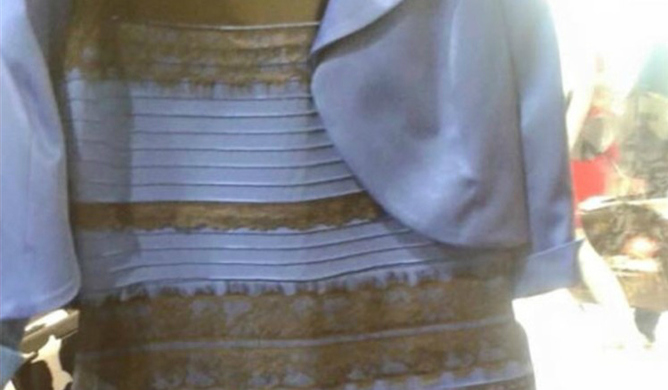 Not since Liz Hurley’s safety pin number has a dress caused such a stir. (Tumblr)
Social Media

Tumblr has released the traffic data on the blue and black or white and gold dress that went viral last week.

“Remember Friday, when a single slip of fabric covered up the whole internet? Here’s a few stats about exactly how much and how quickly that dress blew up,” Tumblr said in a blog post on Monday.

73 million: Total number of pageviews on the original dress post by swiked.

31: Total number of articles that BuzzFeed has published about the dress, to date.

5,000+: Number of fan mails and asks swiked had received by the end of Friday night.

“Suuuuuper low”: Level of standards that swiked ultra-charmingly advises her new followers to have.

Facebook said the majority of users said the dress was white and gold even though it was eventually revealed that the dress is blue and black. The photo’s exposure made it look different colors to different people.

Facebook also released data on the dress after posts on it went viral on Thursday night. “In all, 42 percent of Facebook users choosing a side were on team Black and Blue, while 58 percent were on team White and Gold,” the social media giant said.

“One natural starting place to look was gender, where vision differences are well-known: for instance, 8% of men are colorblind, while only 1 in 200 women is. We found a significant gender split — controlling for other variables, men were more likely to vote black and blue by 6%,” the Facebook report noted.

Last night saw one of those beautiful moments made possible by the interconnected age we live in: someone posted a picture of a dress, and the Internet lost its collective mind. Was the dress black and blue, or was it white and gold? The furor even drowned out what would ordinarily be a strong viral winner of the day, a video about two llamas on the lam. Everyone had theories about why people might see the dress differently; we thought we’d take a look at four hypotheses.

We anonymized and aggregated posts from people in the United States last night which mentioned either “black” and “blue”, or “white” and “gold”, but not both. Then, we looked at how the black/blue percentage changed with different attributes, using a multiple regression to filter out correlations and find the true effect of each difference. Margins of error are under 1 percent throughout.