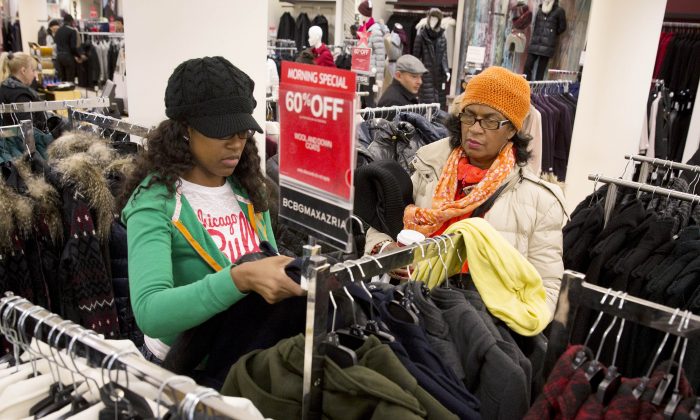 Black Friday 2014 in Midtown Manhattan: Footlocker vs. Modell’s for Sneakers, and Low Prices at H&M and Macy’s

NEW YORK—Black Friday 2014 made Tyler Singleton from Manhattan shop all over Midtown, and he was satisfied with what he found.

Macy’s was the best, he said. The store has a whole lineup ready for eager shoppers. Items are discounted up to 75 percent until Tuesday.

Singleton also found good stuff at H&M, he said—not just on sale, but also wearable. “I thought everything would be sold out,” he said. He was pleasantly surprised.

As for Footlocker, “they don’t really have much on sale,” Singleton said but “a lot of new sneakers came out today.”

Singleton also stopped by Modell’s at 34th Street. “They had a couple things on sale” but nothing “specific that I wanted,” he said. Well, see for yourself.