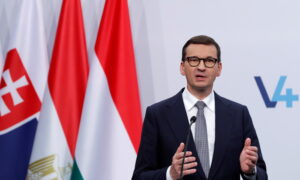 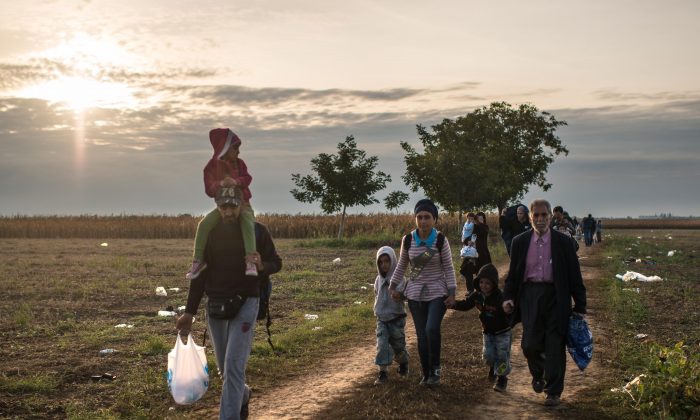 Bickering in the Balkans: Officials Clash Over Migrants

BELGRADE, Serbia—The war of words over Europe’s migrant crisis is turning vicious, with officials in the bickering Balkans trading blame and accusations of lying, while also disparaging each other’s actions as “pathetic” and a “disgrace.”

The plight over how to deal with thousands of asylum seekers is reviving old differences among Serbia, Croatia, Macedonia, and Slovenia dating back to the 1990s breakup of Yugoslavia. It’s also creating some new tensions.

While the 28-nation European Union remains deeply divided over how to share the burden of relocating the refugees and is convening a series of meetings this week to seek a resolution, the finger-pointing turned especially nasty in the Balkans.

Hungary’s decision Sept. 15 to close its border with Serbia has diverted the waves of people from the Middle East, Africa, and Asia to Croatia.

At first, Croatia welcomed them, thinking they would simply go to Slovenia and continue on to Austria and Germany. But Slovenia shut its border, and Croatia quickly found itself overwhelmed with about 30,000 people in a matter of days.

Croatia then started putting the asylum seekers on trains and buses, even as their furious leaders argued that they had been let down by their neighbors.

Even though Croatia set up a migrant reception center Monday, Sept. 21, in the eastern village of Opatovac to try to bring order to the unrelenting chaos and misery, it could hardly undo the damage.

And the high-level griping has strained relations.

This led to undiplomatic exchanges among the European Union neighbors.

“Hungary’s attitude is not European and is a disgrace for Europe,” Romanian Prime Minister Victor Ponta said. “To build fences between two European Union members, Hungary and Romania, is an unheard-of thing and has nothing to do with the European spirit.”

“The use of violence, the patrols with automatic weapons, and the inciting of innocent war victims into Balkan minefields do not constitute behavior appropriate for a member-state of the European Union,” Koutras said.

Szijjarto then shot back: “It would be good if the Greek government didn’t treat European people as if they were idiots and instead took meaningful steps to protect its border and register migrants.”

Exchanges between rivals Serbia and Croatia were equally fierce.

“I am sorry to see that Croatian humanity and solidarity lasted just two days,” Serbia’s Social Affairs Minister Aleksandar Vulin said after Croatia closed all but one border crossing. He warned that Serbia will take the issue to the international courts.

Croatian Prime Minister Zoran Milanovic responded by comparing Serbia’s international clout to a fly: small and unimportant. “(An) eagle does not hunt flies. Croatia is an eagle,” Milanovic said.

Serbian Prime Minister Aleksandar Vucic said he wouldn’t take the bait: “I will not even respond to the Croatian prime minister’s remark about us being flies and them an eagle.”

Serbia, which is not an EU member, was unhappy about not being invited to an EU summit Wednesday on the migrant crisis, even though it is on the main Balkan route used by asylum seekers.

“For too long our discussions have centered around shifting the responsibility onto others,” Tusk said in his summit invitation letter. “There is a long list of issues where we could blame one another but it will not help us in finding a common solution.”

The squabbling is poisoning the atmosphere among leaders who need to cooperate to find a solution.

On Tuesday, the EU’s interior ministers will meet in Brussels to try to resolve the dispute on the emergency relocation of 120,000 asylum-seekers. The next day, their leaders will meet again on the crisis.

We know we have to find a European solution.
— Jean Asselborn, foreign minister, Luxembourg

“We still have 20 hours … to come to a conclusion. We know we have to find a European solution,” Asselborn said.