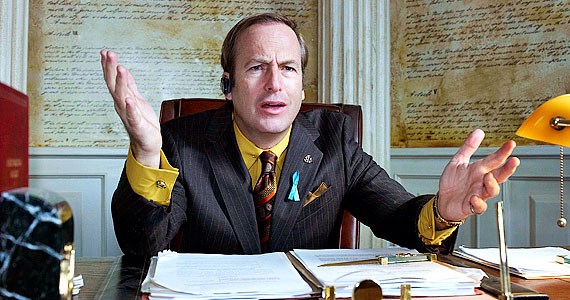 Better Call Saul, the highly anticipated Breaking Bad spinoff, is a chance for Bob Odenkirk to break out in his first leading role.

Odenkirk played Saul Goodman in the hit AMC series in a supporting but increasingly crucial role.

Odenkirk says that being a part of the show, which ran for five seasons through 2013, helped change people’s perception of him as a comic writer and producer who could act.

“People (in the industry) knew me before, but the one thing Breaking Bad has done is that it made me grow as an actor,” Odenkirk says.

“I got better working in that environment and working with those scripts and it gave me the confidence and it’s proof to the people in the front office that I can act.”

He also told AAP that although he’s never had a true leading role, he approaches every role as if it is the lead.

“I play every character as though it’s the lead,” Odenkirk said. “As far as I am concerned, Breaking Bad IS about the sleazy lawyer.”

The 51-year-old got a major boost from the show, and has appeared in more than a dozen movies or television series.

Filming on Better Call Saul is set to start sometime this spring in Albuqurque, New Mexico–made famous in Breaking Bad.

Odenkirk appreciates the fact that he was able to play a range of smaller roles over the years without the pressure that comes with a bigger name.

“I’ve been allowed, because of my lack of success as actor, to build this career kind of slowly and it’s allowed me to do different things and take on different roles and not be typecast.,” he said.

But for Better Call Saul, he says that he likely won’t be able to do anything else for a while.

“I’ve been able to mix it up–act, write, produce and direct–but I am going to have to focus on acting for the entire five months of filming.”