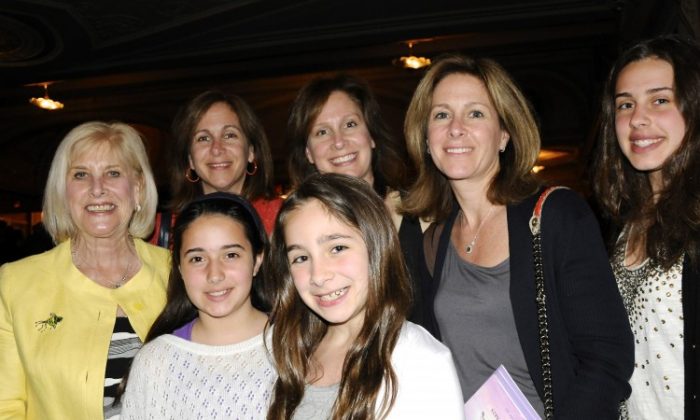 ‘Best Mother’s Day gift I have ever had’: Shen Yun

PHILADELPHIA—The Merriam Theater in Philadelphia was packed Saturday night for the third of a four-performances of Shen Yun Performing Arts ending Sunday May 5.

In the audience was Eileen Daniels, a dancer of 40 years, and her three daughters and three granddaughters. The family attended the show in honor of Mother’s Day. “It is the best Mother’s Day gift I have ever had,” said Ms. Daniels.

“It was excellent, excellent. It was one of the best shows I’ve ever seen … they’re technically so precise and so wonderful,” said Ms. Daniels.

The costumes were also beautiful, she added, commenting that she did not know how the dancers could change costumes so quickly.

“It was wonderful. It was just wonderful,” she said. “They were incredible. Don’t you love it? Isn’t it phenomenal? It’s incredible.”

Julie Kaplan, a lawyer, and one of Ms. Daniel’s daughter, said the ability to see Shen Yun and learn about Chinese culture and history was “absolutely phenomenal.”

“The artistic ability of all the dancers was remarkable,” added Ms. Kaplan. “It was breathtaking.”

One of Mr. Daniel’s other daughters, Robyn McKnight, said she loved the performance. “The colors are fabulous … it’s beautiful. The music is very relaxing to me,” she said.

Alex, one of Ms. Daniel’s three granddaughters who dances at Philadelphia Studio Ballet, said “It’s really pretty, and I really liked the dances.”

“I thought it was really interesting because they had really pretty costumes, and I loved how it would teach you about something in China. It was really fun to be able to see,” said Amanda, the second granddaughter.

“I liked how I got to see a different country in a different way here in America,” said Jessica, the third granddaughter.

Shen Yun seeks to revive China’s 5,000 years of traditional dynastic culture, which has been nearly destroyed under communist rule. Based in New York, Shen Yun enjoys true artistic freedom for performances that unfortunately cannot be seen in China today.

Ms. Daniels said it is wonderful that the United States is a free country and Shen Yun can express itself through dance.

“They are incredibly talented, and I’m so happy that they’re able to do it in my country,” she said.