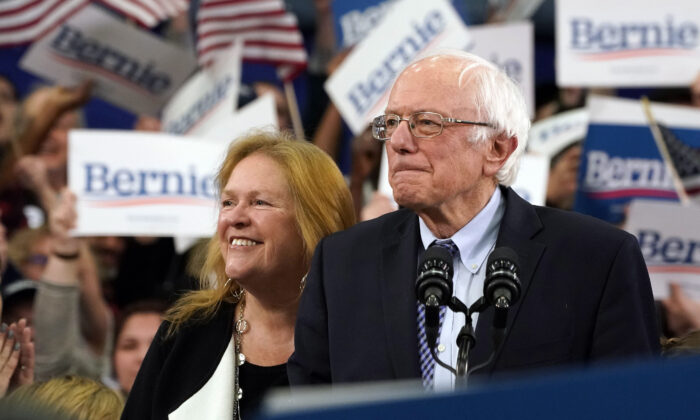 Bernie Sanders Is Not Doing So Hot

Bernie Sanders was supposed to run away with the New Hampshire primary. This is his kind of state, where Democrats are mostly educated liberals. Yet the national celebrity from next-door Vermont bested Pete Buttigieg, recently an unknown from Indiana, by less than 4,000 votes. It appears they are both walking off with nine delegates. And that was after Buttigieg had split the moderate vote with Amy Klobuchar of Minnesota, who came in a strong third.

This was a second weak showing for Sanders. In the Iowa caucuses, a contest custom-made for an archliberal with an activist base, he tied with Buttigieg.

Ask Sanders’ ardent supporters how a socialist with wildly unpopular positions (for example, extending government health care to illegal immigrants) can win a general election and they say this: There’s an enormous pool of nonvoters who will turn out just for Bernie.

But all those hidden voters never seem to show up. The recent Iowa caucuses attracted about the same number of Democrats as in 2016—but 64,000 fewer than in the record year of 2008, when Barack Obama was the electrifying candidate. New Hampshire participation was higher than it was four years ago, but, interestingly, fewer young voters showed up this time.

President Donald Trump obviously dreams of having an opponent like Sanders. Trump told reporters that he’d rather run against Mike Bloomberg than Sanders, which, of course, means the opposite.

As in 2016, Trump and his trolls are working for Bernie. They went full blowtorch against Joe Biden when he was seen as the strongest Democrat but didn’t lay a glove on Bernie. On the contrary, they continued to nurse Sanders’ grievances against the Democratic Party.

Should Sanders be nominated, Trump will joyfully unleash his war machine on the lefty from Vermont. Sanders has a lot of weird political and personal baggage to rifle through.

Disturbing Trump’s sleep, however, is Bloomberg. The former New York mayor has yet to participate in a debate or run in a caucus or primary, but polls have him rising rapidly among Democrats. And in matchups against Trump, Bloomberg does better than anyone else.

In New Hampshire, the two left-wing candidates—Sanders and Elizabeth Warren—together amassed only 35 percent of the vote, and the moderates—Buttigieg, Klobuchar and Biden—won 53 percent. This was hardly a rousing thumbs-up for a Sanders candidacy.

Clearly, the Democratic majority will have to unite behind a moderate. My hopes for Biden have dimmed, though the lights still flicker. Buttigieg and Klobuchar are both splendid candidates, and I wish them the best in Nevada and South Carolina.

But they may have to eventually make way for Bloomberg firepower. Bloomberg’s massive spending has undoubtedly worked to improve his numbers, but a billionaire’s deep pockets can’t do it alone. Ask Tom Steyer.

Bloomberg is a unique candidate. He has a huge fortune but also a massive record in public service—including more experience in a tough executive office than anyone else running for president. He’s pitch-perfect on most issues, especially climate change and gun control. As for wide appeal, he was elected three times in one of America’s most liberal and racially diverse cities.

And Bloomberg is totally unafraid of Donald Trump. His business success, calm demeanor and sensible stances would attract many independents and some Republicans. And, yes, his money will help.

But we are getting ahead of ourselves. The first two contests of the 2020 election show Sanders as prince of the far left in a party whose moderates are king. What’s remarkable about Sanders’ performance so far is how unremarkable it has been.