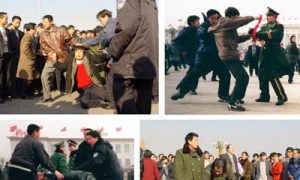 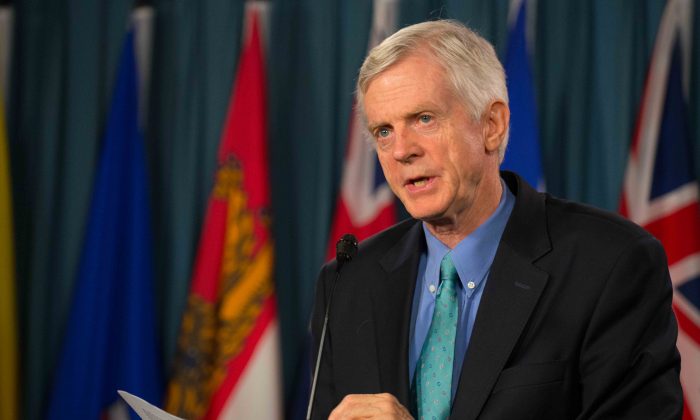 Beijing Commits Only to ‘Reduce Dependency’ on Organ Pillaging

Reuters news agency in Beijing reported on Aug. 15 that the Chinese regime has committed to “reduce dependency” on its longtime practice of seizing vital organs of prisoners for transplantation without setting a final deadline to end the commerce.

China is the only country on earth that systematically uses organs from persons convicted of capital offences and prisoners of conscience—usually convicted of nothing—in transplant operations, a trafficking in organs that has drawn almost universal international condemnation.

Huang and other party officials denied until 2005 that any organs came from prisoners, but that year he admitted as deputy health minister that over 95 percent of the organs transplanted in China came from executed prisoners.

By the end of 2012, however, Huang was asserting bizarrely that only about 64 percent of transplanted organs in China came from prisoners, a percentage he claimed fell under 54 percent in 2013.

“Why you object?” Huang asked an Australian Broadcasting Corporation reporter in May 2013 when questioned about the ethics of China’s organ commerce. However, he now agrees it must end because it “tarnishes the image” of China.

He admitted this year that, as an Australian-trained liver transplant surgeon, he personally transplanted organs from prisoners twice weekly until 2011.

The international NGO, Doctors Against Forced Organ Harvesting, and many others have urged China’s government for years to cease organ pillaging. International ethical standards for medicine require an immediate end to the trafficking, not a vague phasing out.

Since 2006, when David Matas and I began our independent work on organ pillaging from Falun Gong practitioners, the number of convicted Chinese sentenced to death and then executed has decreased, but the number of transplants, after a slight decline, has risen to earlier levels.

Matas and I located overwhelming evidence about this trafficking in organs. According to research set out in our book, “Bloody Harvest,” thousands of Falun Gong have been killed since 2001.

For the period 2000-2005, for example, we arrived at the figure of 41,500 such transplants by deducting from the 60,000 transplants claimed by the government for the period, which seemed reasonable to us, our best estimate of the number of executed criminals (18,550).

In the 2012 book “State Organs,” writer/researcher Ethan Gutmann estimates that 65,000 Falun Gong were killed for their organs during the years 2000-2008, selected from about 1.2 million of them interned in China’s forced labour camps.

A police signature alone remains sufficient to commit anyone to these camps for up to three years. In 2007, a U.S. government report estimated that at least half of the inmates in 340 such camps were Falun Gong. Leninist governance and “permit anything” economics encourage organ trafficking to continue across China.

Falun Gong (or Falun Dafa) is a peaceful exercise and spiritual discipline, which seeks to improve body and ethics. It contains features of traditional systems, like Chinese Qigong, Buddhism, and Daoism (Taoism), combined with gentle exercises.

The number of Chinese from all walks of life practising it grew astonishingly after its public introduction in 1992. Its underlying values, such as truth, compassion and forbearance, are out of sync with those of the Communist party, so Jiang Zemin, China’s then chairman and Party boss, saw it as a threat to one-party rule, arbitrarily labelled it a cult, and commenced a brutal persecution against its non-political practitioners from mid-1999 to the present day.

For China today, there are no substantive differences between torture, torture to death, and organ pillaging when it comes to Falun Gong practitioners. Once outlawed by the party-state, their basic human rights disappear.

After 1980, the post-Mao Party began withdrawing funds from the health system, requiring it to make up the shortfall from service charges to mostly uninsured patients. Selling the organs of executed convicted persons became a source of income for surgeons, the military, and other participants.

Starting in 1999, Falun Gong prisoners of conscience became a live organ bank for wealthy Chinese patients, who often preferred the “donors” to be the usually healthy Falun Gong, rather than convicted prisoners, and for organ tourists from abroad.

Tens of thousands of non-violent Falun Gong have since been deemed subhuman by their government and the medical profession across China. They can accordingly be killed on demand and their organs pillaged involuntarily and sold at high prices to fellow citizens and foreigners.

The party-state across China continues to use this new crime against humanity as part of its policy to eradicate dissidents and other “undesirables”.

The ongoing official denial of organ pillaging from Falun Gong suggests that Beijing’s party-state plans to continue to use this source of organs even if it eventually phases out pillaging from prisoners sentenced to capital punishment. International medical transplantation ethics requires an immediate cessation of organ seizures from all prisoners.