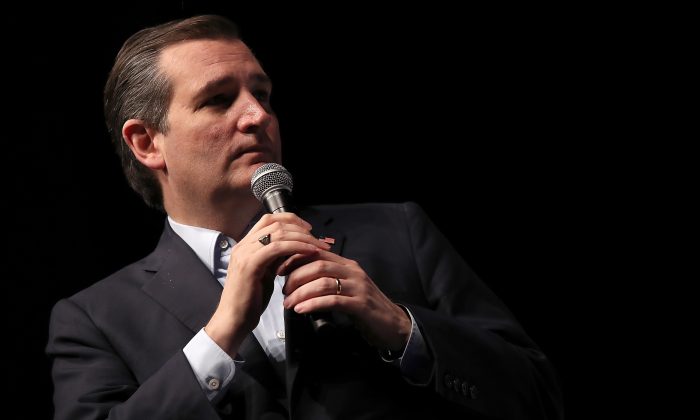 Before He Was ‘Lucifer’ Ted Cruz Was John Boehner’s Lawyer

When responding to John Boehner’s assertion that he’s “Lucifer in the flesh,” Ted Cruz said, “I’ve never worked with John Boehner. Truth of the matter is I don’t know the man.”

I’ve met John Boehner two or three times in my life. If I have said 50 words in my life to John Boehner, I’d be surprised, and every one of them has consisted of pleasantries. ‘Good to see you, Mr. Speaker.’ I’ve never had any substantive conversations with John Boehner in any respect.

Ted Cruz says he’s never worked with John Boehner, “I haven’t said much of anything” to him. https://t.co/iL9Gryasa2 https://t.co/Yqf7yeui5z

However, an article originally published in 2014 by the Washington Post says otherwise.

According to the report, and Boehner himself, Cruz used to be his attorney in the late 90s.

“Ted Cruz used to be my attorney a long time ago. A good guy. I don’t always agree with him, but he’s a good guy,” Boehner said on Leno in 2014.

The report shows that in 1998, the former Speaker of the House had decided to sue Rep. Jim McDermott (D-WA) for allegedly violating wiretapping laws. The suit was over a phone conversation made in 1996 involving Boehner and then-Speaker Gingrich.

A Florida couple intercepted the call on a police scanner, and the couple gave a recording of the call to McDermott, then the top Democrat on the Ethics Committee. McDermott gave the recording to the New York Times, and that’s when Boehner turned to Cruz for legal advice.

“The fund-raising letter is much ado about nothing,” Cruz told the Seattle Times at the time. “Congressman McDermott has consistently attempted to delay the litigation and drive up the expense. It is reasonably expected that Congressman Boehner will use the means at his disposal to raise the funds to pursue this lawsuit.”

Cruz wasn’t on the case for long, and eventually Boehner won the legal battle and was awarded more than $1 million in 2004.

In addition to denying his past with Boehner, Cruz also linked the former Speaker to Donald Trump.