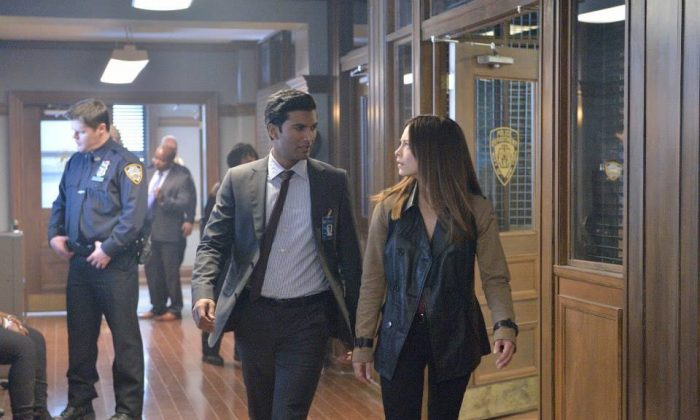 Beauty and the Beast returns on CW with season 2 episode 9 after a mid-season hiatus.

In the last episode, “Man or Beast?” Vincent and Cat had different perspectives on how to deal with Agent Reynolds, prompting Vincent to wonder if he is more of a beast than a man.

Agent Reynolds appears to be going to jail for a long time, unless something drastic happens.

On the new episode, “Don’t Die on Me,” airing at 9 p.m., Cat helps protest Tori (guest star  Amber Skye Noyes) when her life is threatened, in order to protect Vincent. This leads to what’s described as “a new, unexpected mystery.

Meanwhile, Vincent’s stubborn attempt to intervene leads to life-changing consequences, which causes Gabe and Cat to grow closer, according to the episode description.

Also, J.T. and Tess are “closer than ever,” the show’s official Facebook page says, though that appears to be sarcastic, as Tess is handcuffing J.T. in several pictures from the new episode.