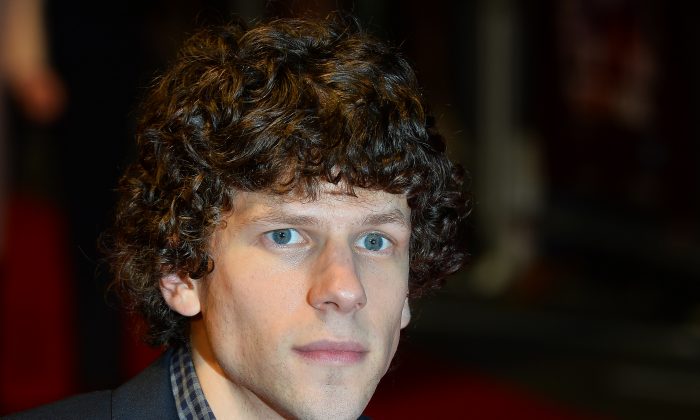 Jesse Eisenberg, who plays Lex Luthor in Batman v Superman, in a file photo. Eisenberg was recently spotted bald, prompting rumors that Luthor does become bald at some point in the movie. (AFP/Getty Images)
Entertainment

Lex Luthor will become bald at some point in Batman v Superman, according to a new report.

Jesse Eisenberg is portraying the iconic character in the follow-up to Man of Steel.

But recent pictures of the actor indicate that Luthor will turn bald at some point in the movie, which just finished filming in Illinois and is moving to New Mexico.

“New photos taken of Eisenberg earlier this week suggest that he will lose his hair and have that classic bald Lex Luthor look at some point in the movie,” noted Batman News.

“You can clearly see that Eisenberg has shaved his head, and it’s very likely that it was for Batman v Superman: Dawn of Justice.”

Few plot spoilers have emerged in regards to Luthor’s role in the film, but fans speculated after the pictures emerged that Luthor would become bald due to having cancer.

That theory would fit with Eisenberg’s noticeable weight loss since he started filming for the movie.

“Ben, you’re going to be very good,” he said, reported the Express.

“Shave the beard, make that costume work for you.”

The movie, which also stars Amy Adams, Laurence Fishburne, and Russell Crowe, is set to hit theaters on March 25, 2016.