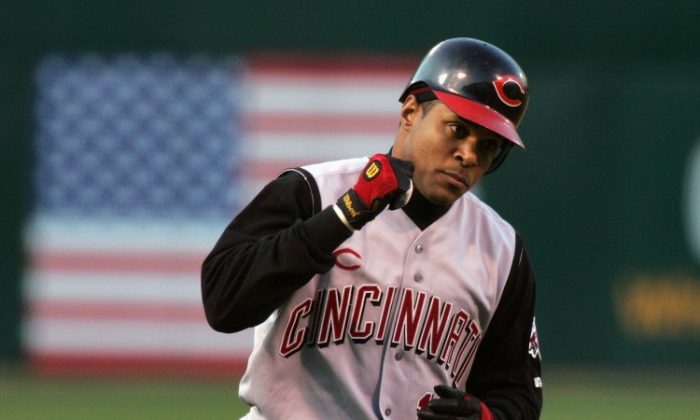 Former shortstop Barry Larkin was elected to the Baseball Hall of Fame on Monday by the Baseball Writers’ Association of America. He was the only player to receive the minimum 430 ballots needed. Larkin will be formally inducted on July 22 in Cooperstown with Ron Santo, who was elected by the Golden Era Committee last month.

“I couldn’t believe it,” Larkin told MLB Network. “I am so phenomenally proud to be a new member of the Hall of Fame.”

The 12-time All-Star was in his third year of eligibility and received 495 of the 573 votes cast.

Larkin played all 19 seasons (1986-2004) for his hometown Cincinnati Reds, a feat that is becoming rarer with baseball’s big free agency contracts. “The support from the city of Cincinnati has been absolutely incredible.” He continued, “They have shown me nothing but appreciation since I have retired and when I played there.”

He won a World Series in 1990, claimed the NL MVP award in 1995 and took home nine Silver Slugger awards during his illustrious career.

“I congratulate Barry on a truly remarkable career,” said his former manager Lou Piniella on the Reds website. “He was very professional, very dedicated, very committed to winning and a great leader. An outstanding individual both on and off the field, Barry remains one of my favorite players I ever managed.”