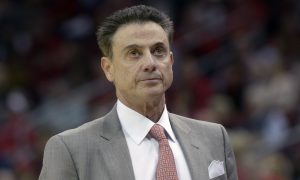 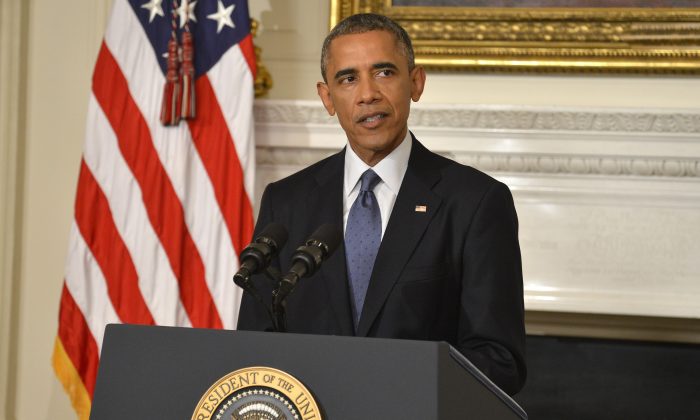 In his final bracket as president, Barack Obama has picked the Kansas Jayhawks to win this year’s NCAA Tournament—which isn’t exactly a great omen for Bill Self’s squad. Obama did successfully pick North Carolina in 2009, but he has picked incorrectly each of the last six years—including Kansas in 2010 and then again in 2011.

Obama made his picks with ESPN’s Andy Katz, as he always does this time of year—every year. This time around, in addition to Kansas, Obama had a Final Four of North Carolina, Texas A&M, and Michigan State.

“Bill Self owes me,” Obama joked. “I’m putting Kansas in here. Coach, I’m just teasing. I’m not putting pressure on you. But I think the Jayhawks in a squeaker get past UNC.”

The first time Obama picked KU (2010) didn’t work out very well. That year the Jayhawks lost to Northern Iowa in a Round 32 stunner and Duke wound up winning the title. The following year Kansas was shocked by Virginia Commonwealth in the Elite 8. UConn would go on to be crowned champions after topping Butler in the national finals.

In his final #Baracketology, we look back on @POTUS picks for #MarchMadness over the years https://t.co/1wH6PWXYzC pic.twitter.com/LmlFpCfXux

In 2012, Obama had North Carolina winning it all, but the Tar Heels fell in the Elite 8—to Kansas—and Kentucky ended up topping the Jayhawks to win it all. The next year, Mr. President had Indiana as champs, only to see the Hoosiers fall to Syracuse in the Sweet 16 as Louisville cut down the nets. In 2014, Michigan State was Obama’s choice, but 7th-seeded UConn surprised everyone by beating the Spartans in the Elite 8 en route to winning the title.

Finally, last season Kentucky was Obama’s pick but the previously-unbeaten Wildcats fell to Wisconsin in the Final Four (another stunner) and Duke beat the Badgers in the championship game.

.@POTUS picked Kansas to cut down the nets in Indianapolis.