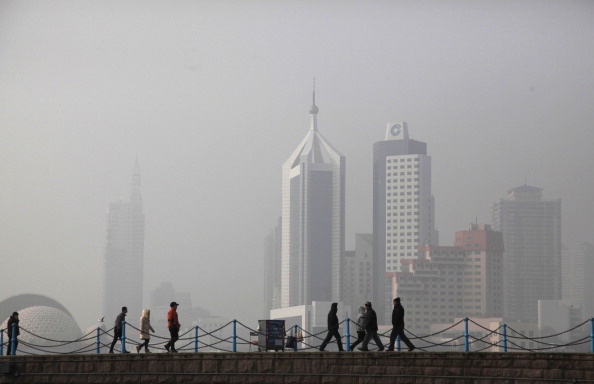 Putting money in the bank is supposed to be safe and secure. But in China, that security is not guaranteed. A dozen people who kept their money at a bank in Shandong Province—their deposits totaling 160 million yuan (about $24.8 million)—discovered that their savings had disappeared into thin air.

One of the victims, Fu Ling (pseudonym), explained that she initially received a call from a trusted agent in October 2014, telling her that the Bincheng District branch of the Rural Credit Cooperative of Shandong, a farmer’s bank in Shandong Province located in eastern China, was offering a “sunshine certificate deposit,” according to a June 15 report by state-run media The Paper that has revealed the details of a scam dating back to 2015.

This “sunshine certificate deposit” is not publicly announced by the bank or offered through the bank counter. Instead, it is offered through a third-party agent, or sometimes a bank clerk himself, who privately seeks out interested customers. This kind of deposit offers a higher savings interest rate than the rate publicly announced by the bank. The banks would offer customers a portion of the money to be earned from the higher interest rate in advance before the deposit matures. But the customer would need to deposit a minimum amount that is often very high.

According to Chinese news media, banks continue to offer “sunshine certificate deposits” nowadays, even though China’s banking regulator banned them in September 2014.

Fu said she had previously invested in such deposits at other banks and did not encounter any problems. So she pooled together 11 million yuan (about $1.7 million)—the minimum amount required by Rural Credit Cooperative of Shandong—from seven family members, including her father and younger sister, and deposited the amount on Oct. 16, 2014. She received a savings certificate and 600,000 yuan ($92,745)—the advance from the “sunshine deposit.” She then distributed the money evenly among her family members.

On Oct. 17, 2015, when the one-year maturation term was up, Fu went to the bank to retrieve her deposit. But instead of getting her money back, Fu was told by a bank teller that her savings certificate was fake. The teller told her to contact the local police since the bank never received her deposit in the first place.

It turned out that Fu was not the only victim of the bank’s scam. Ye Xiaojun (pseudonym) learned on Oct. 10, 2015 that his 4 million yuan ($617,940) deposit was gone. Ye told The Paper that he saw the bank teller who initially processed his deposit.

The authorities found that a total of 27 people were scammed, including Fu and Ye. The deposit scam was created by Mr. Duan, the head of a rural commercial bank in Binzhou City in Shandong, and Mr. Yang, the head of a local petroleum company.

Mr. Yang had trouble paying back the bank loan he had received from Duan’s bank, so the two set up the scam at three banks by enlisting the help of nine other people, including two Rural Credit Cooperative staff.

All in all, the three banks—Duan’s bank; Rural Credit Cooperative; and the Caowang County branch of Boxing Rural Commercial Bank—collected 264 million yuan (about $40.8 million) from the 27 victims. Police have only able to track down about 104 million (about $16 million) so far.

On Dec. 5, 2017, Binzhou City Intermediate People’s Court sentenced Duan and Yang each to 20 years in prison and a fine of 800,000 yuan ($123,700). The nine accomplices each received prison sentences ranging from 3.5 years to 17 years. The victims have since filed civil lawsuits against the banks for financial compensation.

On May 7, Binzhou City Intermediate People’s Court dismissed Ye’s case against the three banks, citing Article 139 of China’s criminal procedure law, which states that the court is required to recover the money that defendants illegally stole from the victims, but the court can choose to dismiss any civil lawsuit that the victims defendant files.

On Sina Weibo, China’s equivalent of Twitter, many netizens expressed anger at the court’s ruling in Ye’s lawsuit and the banks’ failure to compensate the victims.

“Liars from all walks of life are openly deceiving people. Even places like banks have lost their credibility. The future does not bode well,” wrote a netizen from Beijing.