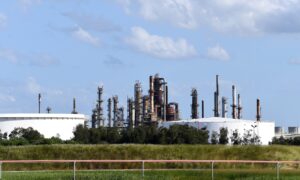 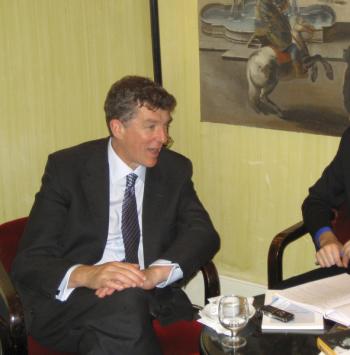 The Italian-Swiss Balzan Foundation is almost as well-funded as the Nobel Prize, but less well known. It is the legacy of Italian/Swiss newspaper magnate Eugenio Balzan of 20th century "Corriere della Sera" fame. The award is presented to scientists for their outstanding achievements. This year's recipients are Italian  Maurizio Calvesi "for creative arts since the 1700s," the American Wallace Broecker for his climate research and fellow U.S. citizen Thomas Nagel for his insights into moral philosophies, and  Australian Ian Frazer for his cervical cancer vaccination research.

During an Epoch Times interview, Ian Frazer commented on morals in science, the unavoidability of illnesses/diseases, and that his children see him more often on TV than in person at home.

Epoch Times (ET): It looks like illnesses and diseases are part of human existence.

Ian Frazer (IF): Yes, and they are part of other organisms, too. Even if you are a beetle, other organisms can invade you. Each organism could harbor parasites that—for what it's worth—are looking for a better place to be (laughs). We human beings are quite complicated organisms. That is the reason so many various things want to live off us.

ET: What is your opinion of pandemics—for instance bird flu- is that an actual threat?

IF: We will always have to live with this. Most people your and my age have not experienced a flu epidemic. The last major one happened in 1956, three years after I was born. When you consider China's tax-paying population—and many statistics exist—then one notices that after a time of population growth the numbers shrank dramatically -every 60 to 80 years. It is most likely that pandemic flue episodes have contributed to the decimation of the tax-paying population. We will have other pandemics. But the virus responsible for the flu can rapidly morph.

ET: China has covered up the melamine-contaminated milk scandal the same way they had the SARS epidemic. Does this present a problem for all of us?

IF: The Chinese officials will eventually realize that they cannot hide problems.

ET: Are such scandals a systemic problem with this [ruling] system?

IF: Certain other nations besides China also suppress information. Tactics exist where certain enterprises demand or condone hushing up problems, even to the point where they pressure research institutions to hide problems. Trust in information of any kind comes from expertise, education and awareness. If those are present, trust is born. Once trust exists, hiding problems is no longer a priority, but education and knowledge are prerequisites.

The interesting thing about the melamine scandal is this: the same problems came to light in the USA with contaminated pet food [made with ingredients imported from China]. The [abominable] underlying thought processes—that it is perfectly alright to subject people to something like this—is not merely a problem with leadership; it reverts to individuals' mental attitudes and ways of thinking.

ET: In 2006 you were presented with the distinction "Australian of the Year." What does your family think of you winning all these recognitions? Do your children actually see you anymore?

IF: Oh, they probably see me more often on TV than at home. The life of a researcher is that of a person often absent from home. Last year I actually traveled less than usual and remained in Australia most of the time. That was a time my children enjoyed, because they were invited to all kinds of interesting parties and were part of a TV appearance. Being awarded such a nomination makes one's family life a public affair.

At one of my lectures I noticed one of my two sons sitting in the last row in the auditorium. Two of them are planning a career change and are becoming physicians. But I don't know if my lecture had anything to do with this (laughs). But I was pleased to pass on something they are passionate about. Science absolutely needs to be based on proper moral principles. One has to believe in what one is doing; that it serves a purpose.

ET: Thanks for the interview!