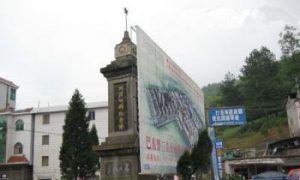 Back Pain Not Alleviated by Acupuncture, Risks Inherent: Study

Acupuncture appears to have no significant effect on back pain or other types of pain and instead can have serious adverse effects, according to a study published in this month’s issue of the journal PAIN.

Lead investigator Dr. Edzard Ernst at the UK’s Universities of Exeter & Plymouth and colleagues evaluated reviews of acupuncture for pain control published since 2000. They found 266 articles, and categorized 57 as acceptable systematic reviews for the study.

"Many systematic reviews of acupuncture for pain management are available, yet they only support few indications, and contradictions abound," said Edzard in a press release.

The team found 95 cases of severe adverse effects, such as trauma, bacterial and viral infections, as well as five deaths.

The only positive results reported were for neck pain. Interestingly, the team found that “sham acupuncture,” which does not involve skin penetration by needles, is equally effective for chronic low back pain, and attributed these results to other factors such as the therapist’s conviction and communication style.

They concluded that there is little convincing evidence that acupuncture can effectively control pain, while noting that adverse effects continue to be a serious issue. Dr. Harriet Hall wrote agreed with this conclusion in an accompanying commentary.

"Importantly, when a treatment is truly effective, studies tend to produce more convincing results as time passes and the weight of evidence accumulates,” Hall stated.

“When a treatment is extensively studied for decades and the evidence continues to be inconsistent, it becomes more and more likely that the treatment is not truly effective. This appears to be the case for acupuncture. In fact, taken as a whole, the published (and scientifically rigorous) evidence leads to the conclusion that acupuncture is no more effective than placebo."