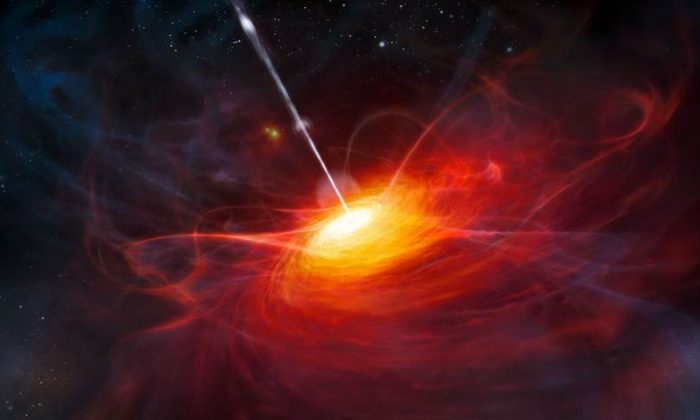 Awesome Animation Displays The Gigantic Scale Of Our Universe

A video from Tech Insider shows the massive scale of the universe in which we reside. The animation zooms out and shows the scale of what we know.

But that’s not the only video that tries to show the scale of the universe:

In 2013, scientists discovered the largest “structure” in the universe, and they say it shouldn’t theoretically exist.

The structure is the large quasar group, or LQG, is a series of luminous gigantic nuclei with supermassive black holes in the center.

The LQG is 4 billion light-years from end-to-end.

“While it is difficult to fathom the scale of this LQG, we can say quite definitely it is the largest structure ever seen in the entire universe,” author Roger Clowes, of the University of Central Lancashire in England, said in a statement obtained by NBC News. “This is hugely exciting, not least because it runs counter to our current understanding of the scale of the universe.”

In perspective, the Milky Way galaxy, which houses the Earth’s solar system, is 100,000 light-years wide.

“Our team has been looking at similar cases which add further weight to this challenge, and we will be continuing to investigate these fascinating phenomena,” Clowes added at the time.