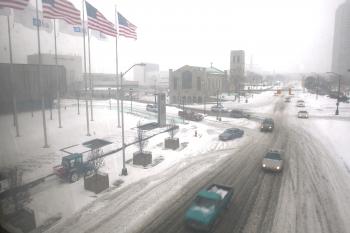 Due to the recent economic downturn, December U.S. auto sales across the industry were dismal.

Leading the pack in sales declines was Chrysler, following by—get this—Japanese automakers Toyota Motor Corp. and Honda Motor Co., with General Motors and Ford Motor Co. not too far behind.

December sales were down a whopping 53 percent compared to 2007 at Chrysler, 37 percent at Toyota, 35 percent at Honda, 32 percent at Ford, and 31 percent at GM.

Chrysler reported by far the worst result among all large automakers. “Total sales were significantly affected by the industry's largest reductions in fleet sales: 63 percent for December and 31 percent for the year,” the company said in a press release.

Chrysler have already “made the necessary adjustments” to withstand the recession, Chrysler President Jim Press said in a statement.

Sales of the company’s Chrysler-branded vehicles were especially brutal, down 60 percent from December 2007. Chrysler PT Cruiser sales were down 81 percent. Dodge and Jeep sales declined 52 and 48 percent, respectively, the company said.

Surprisingly, Subaru of America Inc. was the only major automaker to report positive sales increases in 2008. The Japanese company said sales numbers increased by 0.3 percent to 187,699 vehicles.

The recession has not spared recent stalwart Toyota, a leader in environmentally-friendly vehicles. Surprisingly, sales of its Prius hybrid fell 45 percent, a sign that even “green” vehicles can’t avoid the economic crunch.

However, the Japanese company said last month that it expects to post its first annual operating loss in 70 years.

Toyota pinned its hopes on a new federal stimulus package.

"The sooner stimulus efforts find their way to where they'll do the most good—into the hands of consumers—the sooner we'll see a turnaround in confidence levels and a return of buyers to the marketplace," Toyota U.S. President Jim Lentz said in a statement.