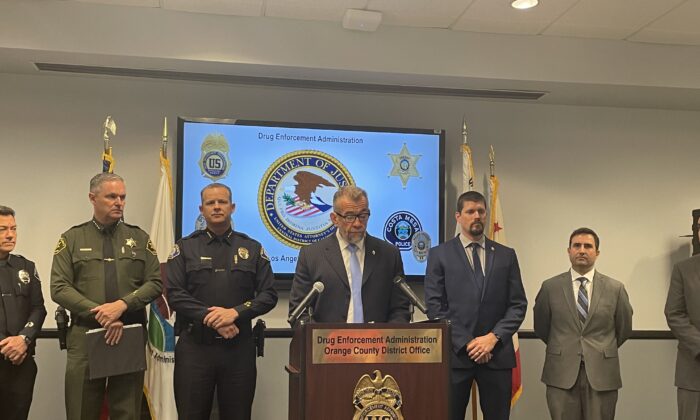 The U.S. Department of Justice announced on April 22, 2022, seven federal criminal cases against alleged drug dealers who sold fentanyl-laced narcotics that caused fatal overdoses in Orange County, including one case in which three people died in Newport Beach, California.
US

Nieblas-Beltran was arrested on March 10 while allegedly preparing to deliver many drugs, including fentanyl powder, fentanyl pills, heroin, and methamphetamine.

Authorities allege that on Nov. 19, 2021, Nieblas-Beltran provided another person with a “large quantity” of fentanyl powder, from which officers recovered approximately 10 kilograms.

On March 10, investigators learned that the accused was preparing to deliver a large quantity of fentanyl, Brnovich said in a press release.

The Phoenix Office of the Drug Enforcement Administration, the Tempe Police Department, and the Attorney General’s Office conducted the joint investigation.

In an unrelated case, on April 18, Brnovich’s office indicted Camilo Urquiza Sanchez on charges related to the large-scale sale of illegal drugs.

On March 10, authorities executed a search warrant at Sanchez’s home and located 317 pounds of methamphetamine worth an estimated $317,000.

Sanchez is charged with conspiracy, illegally conducting an enterprise, and possessing a dangerous drug for sale.

His arrest followed an investigation conducted by the United States Postal Inspection Service, the DEA, as well as Peoria and Mesa police.