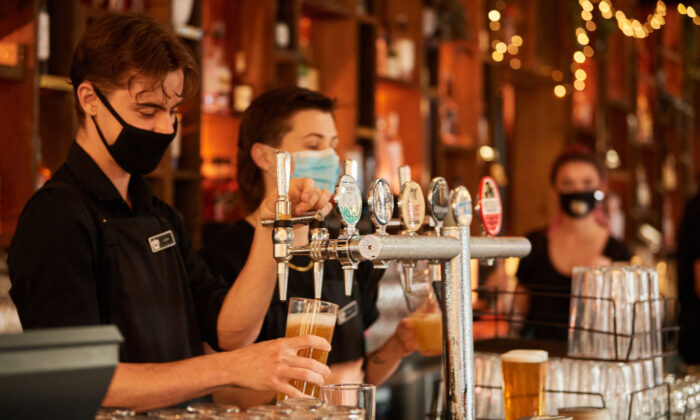 A new study has found that Australia’s productivity growth has declined markedly in the past two decades and is currently at the lowest level in 60 years.

According to the Productivity Commission’s (PC) latest interim report, Australia’s labour productivity growth fell from around 2.3 percent in 1990-2000 to about 1.2 percent in 2010-2020, which was well below the 60-year average of 1.7 percent.

Although similar situations were also witnessed in other developed countries, Australia’s labour productivity ranking fell ten places from sixth in the OECD to sixteenth between 1970 and 2020.

The PC said while Australia’s productivity had dropped to its lowest rate since the mid-20th century, it was possible to improve the performance of the country’s workforce.

However, the commission noted that increasing productivity means Australia had to deal with global issues such as decarbonising the economy, geopolitical tensions, and supply chain disruptions. Additionally, the country was facing challenges brought by its rising services sector.

The report said Australia had a large and growing services industry where it had been hard to boost productivity in the past, especially when compared to the rapid gains in the agriculture, manufacturing and mining sectors.

“In 2022, 90 percent of Australian workers are employed in the services sector,” Productivity Commission chair Michael Brennan said in a statement.

“This has a significant impact on how we think about productivity.”

The report mentioned that several industries that account for a large proportion of the services sector, including healthcare, aged care, disability support and education, relied significantly on government funding and regulation.

This resulted in a lack of competition and contestability, which, in turn, could limit performance and innovation in the above areas.

“We have to look for new opportunities to drive productivity growth, including reviewing our policy levers and the industries where we concentrate our efforts,” Brennan said.

Regarding improving productivity growth, the PC emphasised the importance of the overarching principle of productivity: workers should strike to work smarter, not harder or longer.

It also listed a number of critical factors that could lift Australia’s productivity in the future, including innovation, data, digital technology and cyber security, a productivity-friendly business environment, and a skilled and educated workforce.

“These enablers are relevant to our current context – the rising services sector, the challenge of decarbonisation and continued openness to the best the world can offer,” Brennan said.

“Productivity growth is essential to address the nation’s economic challenges, including the rising cost of living pressures, but it is not guaranteed.”