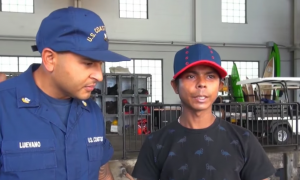 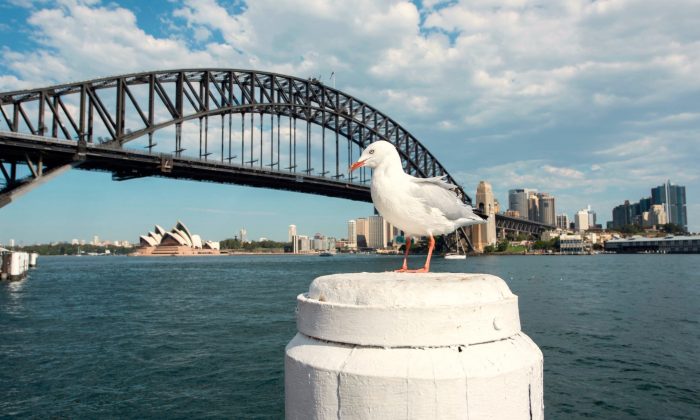 This file photograph shows a seagull siting in the sunshine with the city background on April 9, 2018 in Sydney, Australia. (James D. Morgan/Getty Images)
Australia

Some Australian seagulls are infected with superbugs resistant to antibiotics, according to new research, which raises concerns that the bacteria could spread from the birds to livestock or humans.

The study, authored by a team of scientists at Murdoch University in Perth and published in the Journal of Antimicrobial Chemotherapy, found that Australian silver gulls are infected with “antimicrobial resistant bacteria that cause serious infections in humans such as urinary tract infections and sepsis.”

The study’s authors tested 562 fecal samples throughout Australia. More than 20% of birds were found to carry bacteria resistant to antibiotics and other drugs that target microbes in the human system, the researchers said in a news release. They also found birds carrying bacteria resistant to carbapanem, a so-called “last-line antibiotic” used to treat infections when other drugs have failed.

Antimicrobial resistance happens when certain microorganisms change to due exposure to drugs, and eventually develop resistance to them, according to the World Health Organization. The overuse of antibiotics and antimicrobial drugs has helped increase the rate of drug resistance, the WHO said.

The issue has become so acute that the WHO listed antimicrobial resistance as one of the 10 biggest threats to global health in 2019.

“Antimicrobial resistance (AMR)– the ability of bacteria, parasites, viruses and fungi to resist these medicines — threatens to send us back to a time when we were unable to easily treat infections such as pneumonia, tuberculosis, gonorrhoea, and salmonellosis. The inability to prevent infections could seriously compromise surgery and procedures such as chemotherapy,” the WHO said.

Mark O’Dea, a veterinary virologist at Murdoch University and one of the paper’s authors, told CNN that the research team studies AMR in humans and livestock. They chose to focus the study on seagulls because “we thought part of the missing link might be something to do with animals, and animals that we deal with every day,” O’Dea said.

Seagull’s eating habits could explain how the birds were infected with these so-called superbugs, the study’s authors said.

“Seagulls could be acquiring this pathogen through their opportunistic feeding habits where they scavenge from leftover human waste and may then be subsequently spreading these resistant bacteria over vast distances,” O’Dea said in the release announcing the study.

These habits are on full display near Sydney’s biggest tourist attractions on the water, including the Opera House and the restaurants around it. The nearby Opera Bar and Opera Kitchen have hired a team of dogs to chase away gulls.

Have you heard the news? ???????? We’ve enlisted five fuzzy friends for Seagull Patrol around Opera Bar and Opera Kitchen. They’ll protect your hot chips from crafty gulls, one paw-step at a time.

O’Dea told CNN that seagulls can travel some 1,600 kilometers (1,000 miles) from their nests, meaning there’s a risk that the birds can carry superbugs over vast distances, but more research is needed to definitively answer the question.

He said it’s likely the birds have been carrying bacteria like this for some time, “and we’ve all been interacting with them without too many dramas.”

However, the risk of contracting these bugs is likely minimized by normal sanitation habits, like washing hands.

“In a normal, healthy person, there’s a great chance that even if you did ingest that bacteria, that wouldn’t cause any problems anyway. It’s the sort of thing that is probably more likely to be an issue with someone who has an underlying problem,” O’Dea said.