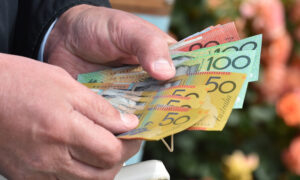 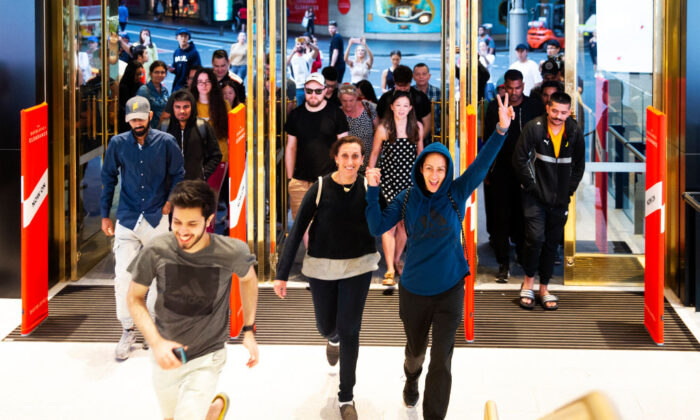 Customers run through the doors of the David Jones Elizabeth Street store for the 6am opening during the Boxing Day sales on Dec. 26, 2019, in Sydney, Australia. (Jenny Evans/Getty Images)
Australia

Australia’s economy is well on the road to recovery, as new economic data on retail spending shows strong levels of consumer confidence.

The rise was lead by Victoria and Western Australia, which also lead to the February retail sales decrease after snap state border lockdowns at the time.

Cafes, restaurants, and food takeaway services lead the rise at a 6 percent increase; however, food retailing across the country fell by 1 percent.

The Westpac-Melbourne institute monthly index (pdf) has reached an 11-year high, while the ANZ-Roy Morgan ratings show consumer confidence back at pre-COVID-19 levels.

“This is an extraordinary result,” Westpac chief economist Bill Evans said. “The survey continues to signal that the consumer will be the key driver of above-trend growth in 2021.”

Evans noted that the survey, which was taken a week after the end of the JobKeeper wage subsidy, show the initial fears around associated job losses undermining confidence proved to be unfounded.

A decreasing number of businesses are worrying over the end of the JobKeeper, which ended last month.

In KPMG’s survey of 100 businesses, only one-third expected the end of JobKeeper to lead to a significant decline in economic activity and higher unemployment.

In the previous survey in October, two-thirds of respondents held these concerns.

To repay COVID-19 related debts, most respondents favoured raising business productivity as the best method and said major tax reform would be a key part. If a single tax was to raise, GST was chosen as the preferred option.

The National Skills Commission vacancy report for March shows the number of job advertisements, seasonally adjusted, increased by 19.1 percent from February and 96.4 percent from March 2020. It was the 11th consecutive monthly increase in job ads.