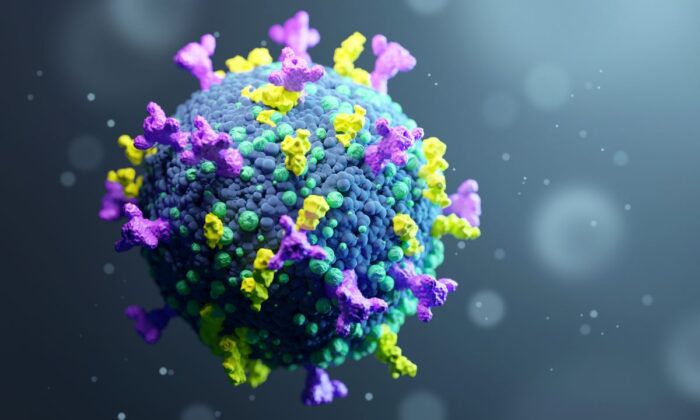 A team of researchers from several Australian universities have developed a first-of-its-kind spray that can prevent the spread of bacterial and viral infections—including COVID-19—on a multitude of surfaces for prolonged periods.

The spray coating, which uses a combination of plastics strong enough to compare with bullet-proof glass, can repel viruses and bacteria via an air-filled barrier but also kill them through microscopic materials if the coating layer becomes damaged or submerged for a long time.

With disinfectants becoming less effective and requiring regular reapplication, the new coating—applied like spray paint—can step in to provide a long-lasting surface layer proven to protect surfaces from these pathogens.

The spray was found to be 99.85 percent resistant to gram positive and gram negative bacteria, which despite being structurally different, can both develop resistance to antibiotics.

The researchers also state that the spray is safer than existing alternatives to disinfectant, such as silver nanoparticles, with no known side effects.

Co-lead author of the paper on the spray, Melbourne University’s Professor David Nisbet, said in a release on Thursday that the coating could be applied to surfaces in hospitals, nursing homes, schools, and restaurants, as well as to lift buttons and stair rails to prevent the spread of common viruses and bacteria.

“We have tested this spray on bricks, plastic, cloth, blotting paper, leather, metal, glass etc. Effectively we can coat most surfaces,” Nisbet told The Epoch Times.

He added that the coating is chemically inactive and protected by a layer of air in a liquid medium, so it’s unlikely that another substance could react with the coating and render it less effective.

Nisbet said the coating has been engineered using a simple and scalable technique, with a careful choice of materials to ensure “ultra-durability”, and the need for reapplication would depend on the amount of use the surface gets.

“In principle, in areas of normal abrasion use, I would predict it would only need to be reapplied every 12-24 months,” he said.

Meanwhile, the co-lead author from the University of Sydney’s School of Biomedical Engineering, Prof. Antonio Tricoli, said that without barriers, coronaviruses could stay on surfaces and remain infectious for up to a week, while reoviruses, responsible for colds or diarrhoea, can remain on surfaces for several weeks.

“Like a lotus leaf, the surface spray creates a coating that repels water. Because the pathogens like to be in the water, they remain trapped in the droplets, and the surface is protected from contamination,” he said.

If this mechanism fails, a secondary burst release of ions is triggered by carefully designed nanomaterials dispersed in the coating.”

The spray was developed through a five-year collaboration by a multi-university team, whose researchers have established a start-up company and hope to make the spray commercially available within three years.