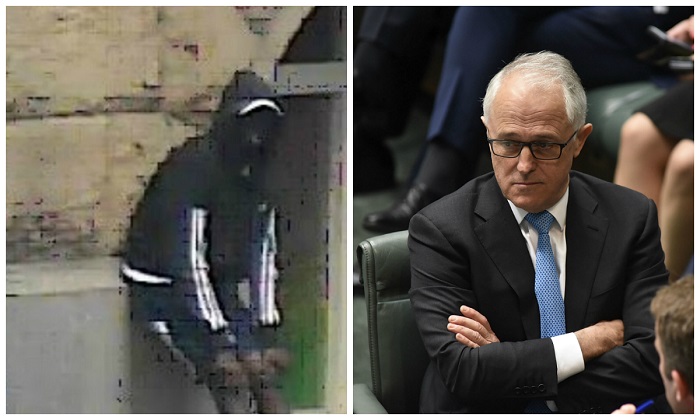 A federal politician has blamed Melbourne’s so-called African crime gang crisis on a lack of political leadership at the state level—sentiments backed up by the country’s prime minister.

Federal Minister Greg Hunt, who represents the seat of Flinders on Melbourne’s southeastern fringe, said that African gang crime is “out of control” in parts of Victoria and tougher sentencing laws are needed, reported the ABC.

“We know that African gang crime in some areas, in particular, is clearly out of control,” Hunt told press on Monday, Jan. 1.

“The failure is not the police, but the premier,” he said in reference to Victoria state leader, Daniel Andrews from the Australian Labor Party (ALP).

.@TurnbullMalcolm: We are very concerned by the growing gang violence and lawlessness in Victoria. This is a failure of the Andrews government. MORE: https://t.co/i504Kih1jP pic.twitter.com/1q36BFGjX2

Hunt, a Liberal Party member from the federal ruling conservative coalition, said Andrews was stopping police from taking a robust position in dealing with the issue.

Hunt was backed up by Australian Prime Minister Malcolm Turnbull who said the national government was “very concerned about the growing gang violence and lawlessness in Victoria,” particularly in Melbourne.

“This is a failure of the Andrews government,” he said. “It’s very important to understand that community policing is the role of the state government or the territory government, and … that’s their responsibility.”

There are growing calls for Prime Minister Malcolm Turnbull to step in and fund 80 new AFP officers to tackle youth gangs in Melbourne suburbs. #9News pic.twitter.com/aAZSR13oIp

Victorian government frontbencher Phillip Dalidakis told ABC that the state government would take its instructions and advice from Victoria Police, not the prime minister.

“His interventions may be worth more if his own government wasn’t so indolent and chaotic. A joke,” tweeted Pakula.

The comments from Hunt and Turnbull come after media reports on a string of crimes attributed to gangs of African youth, mostly South Sudanese, which have often reluctantly been called out by the authorities due to sensitivity regarding issues of ethnicity.

Some members of the state’s police and politicians have been accused of covering up the issue.

Among them was Victoria Police Deputy Commissioner Andrew Crisp who said that Melbourne did not have a gang problem, and urged the media not to label groups of young thugs as “gangs.”

“I don’t accept for one minute that we do have gangs,” Deputy Commissioner Crisp said at the time.

“I urge you [the media] not to play up to the ego of these young people by calling them a gang, because they’re not a gang.”

In a Fairfax op-ed, a South Sudanese man wrote there is indeed an issue in Melbourne.

“After watching the horrendous and appalling behavior committed by my fellow South Sudanese youth in the past few weeks, I am furious—and in total disbelief—to hear our top cop and government officials say there are no Sudanese gangs in Melbourne,” wrote Nelly Yoa who mentors members of youth gangs in and out of prison.

“Nobody should ever try and cover up or defend this unacceptable behavior—to do so is immoral and inexplicable,” he said. “It is upsetting and completely false.”

“The leaders in the African community readily and openly say they do have issues with a small cohort of African youths who are committing high-end crimes. We acknowledge that,” Patton said, reported The Australian.

Neville said African-born young men were over­represented in crime statistics and were causing “great harm and fear in the community.”

Most of the South Sundanese community in Melbourne came to Australia as refugees displaced by conflict during 2003 to 2006. In 2011, South Sudan became independent from northern Sudan but the young nation collapsed into civil war between ethnic groups. South Sudan remains wracked by violence and famine.

About 0.1 percent of Victoria’s population are born in Sudan, official data shows, reported the ABC.