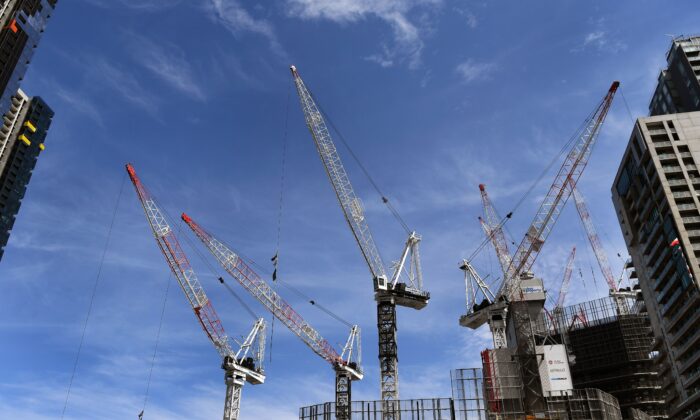 The Australian housing sector is calling on political parties to make home-ownership a priority in their agenda if they win the upcoming federal election in May.

The Housing Industry Association (HIA), a peak body representing members working in the residential building industry across Australia, said its research suggested that three in four Australians believed people should be able to possess their own home.

Among the respondents who were currently tenants, 85 percent desired to become homeowners. However, only 42 percent felt they would attain this goal one day.

In addition, over 50 percent of those surveyed said incentives supporting home-ownership would be helpful to them, and two-thirds believed the government should help Australians acquire what was often the largest purchase in their lives.

“HIA remains dedicated to changing this statistic, and we believe that it is an objective that should be adopted by all political parties contesting the upcoming federal election,” HIA managing director Graham Wolfe said.

He said the association had long held the imperative that the federal cabinet should include a minister for housing considering the sector’s importance to Australian society. Additionally, the HIA called for the government to give housing the spotlight it deserved.

“The housing affordability challenges facing Australian households can only be addressed if the supply of housing can align with demand,” Wolfe said.

The association calculated that the country would need to erect 1.66 million houses to satisfy the need arising from population growth. Therefore, it called for state governments to release land supply to accommodate new housing development.

At the same time, it mentioned that systemic issues existed in all jurisdictions’ zoning, subdivision and development processes.

“It continues to take more than a decade to bring unzoned land to market as shovel-ready land,” the HIA said.

Furthermore, the association said the issue of underinvestment in social and community housing had been ongoing for decades.

While the Australian government had set up the National Housing Finance and Investment Corporation bond aggregator to improve social housing outcomes, the HIA called for an additional funding mechanism to incentivise more private businesses to invest in projects that increased community housing supply.

Meanwhile, the HIA indicated that the residential building industry was experiencing an incessant shortage of skilled trade workers. And before the COVID-19 pandemic occurred, the number of Australians studying trade qualifications related to the sector had gone down steadily.

To offer a solution to the above issue, the association suggested that the federal government attract more skilled and productive young workers from other countries by removing the ceiling of 160,000 migrants per year and establishing appropriate visa arrangements for students and skilled foreign workers.

Apart from the imperatives for political parties that the HIA raised, the organisation emphasised that home-ownership matters would remain one of its solid foundations in the current uncertain situation.

“Our resolve to uphold our core value of home-ownership for all Australians is a message all sides of politics will be hearing from HIA in 2022,” Wolfe said.