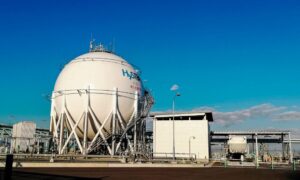 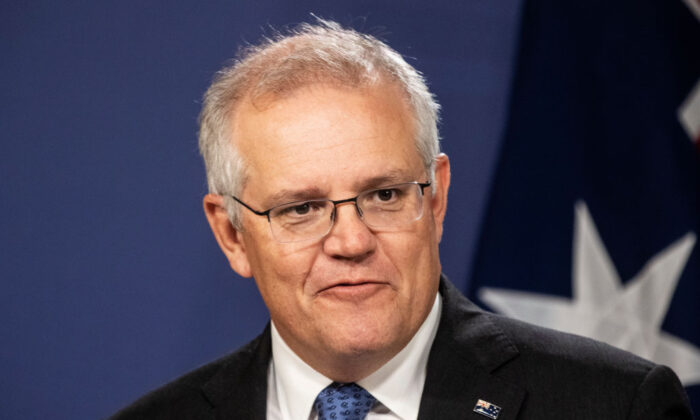 “We are working to our plan, in Australia’s national interest,” Prime Minister Scott Morrison told reporters.

When questioned on why he did not follow the lead of other industrialised nations by setting ambitious, mid-term climate targets, the prime minister responded, “The plan that we’re pursuing is being done through technology.”

“I noticed one large economy last night [during the Leaders’ Summit on Climate], who made a big commitment, very big commitment, I think it was 45 percent by 2030. They also announced a $170 per ton carbon price,” he said.

“I won’t be doing that in Australia,” he added. “I’ll be getting there by technology, not taxes.”

Several major economies pledged accelerated or mid-term targets for reaching net-zero emissions by 2050. Net-zero refers to a country reaching a balance between the amount of greenhouse gases they emit into the air; against the resources, they extract from the earth.

Canadian Prime Minister Trudeau pledged to cut emissions by 40 to 45 percent by 2030, a major increase on the previous target agreed to in the Paris Agreement in 2015 of 30 percent.

The move would see the Canadian federal government attempt to restructure how its nation is powered, including homes, cars, factories, and food production.

Trudeau conceded it was a major challenge for Canada to meet those targets—especially for a nation that relies heavily on the energy industry—but the prime minister said, “Only bold climate policies lead to bold results.”

He also announced one of the highest carbon taxes in the world, increasing the amount from $50 per ton to $170 per ton by 2030.

“Yes, you heard that right,” Trudeau told the online summit.

“If major economies in the room were to follow Canada’s lead and adopt a rising price on pollution and commit to phase out coal plants, we would accelerate our global path for a safe, prosperous net-zero future.”

Meanwhile, U.S. President Biden set a target to reduce emissions by 50 to 52 percent by 2030. The European Union is aiming for a 55 percent cut in emissions. The United Kingdom pledged a 78 percent target by 2035, in what Prime Minister Boris Johnson described as “the most ambitious target” in the world.

These targets will be packaged with carbon taxes designed to discourage the use of older technologies for power generation, namely coal-fired plants. The tax is calculated based on the amount of emissions created during the production of goods or services.

At the conference, major developing countries India, Russia, and China did not set any new targets.

Australian Prime Minister Morrison also declined to set a new target, arguing that the country is already on track to reach previous commitments under the 2020 Kyoto Protocol and the 2030 Paris Agreement.

He also pointed to the outsized influence of major emitters.

“When you have countries the size of the United States and their economy, but particularly China, where they continue to build coal-fired power stations every week, and the emissions will continue to rise until 2030, those emissions combined will add significantly to the carbon load that the world will be dealing with over the next 30 years,” he said.

Associate Professor Salvatore Babones, an expert in the Asian political economy at the University of Sydney, said demand for coal would remain high, despite what pledges were discussed at the summit.

“Any serious reduction in global coal use is still at least a decade away, whatever people say at climate summits,” he added. “That’s because most coal is burned in poor and middle-income countries like China that are not participating in climate targets.”