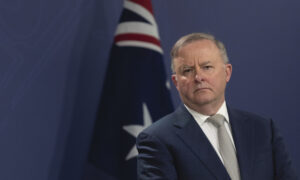 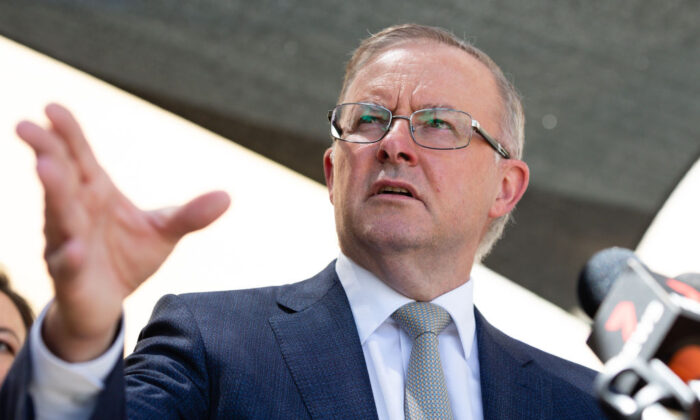 Announcing the policy on March 7, Albanese said that the opposition would lead a national push to help close the gender pay gap, if they win government at the next election.

The pitch forms part of the opposition’s four-point plan to address the pay gap between men and women in Australia, which stands at 13.4 percent or $242 per week for full-time employees, according to the Australian Bureau of Statistics (ABS).

A Labor Government will lead a national push to help close the gender pay gap. Here’s how. pic.twitter.com/ZSlUxbGCHd

Speaking to reporters on International Women’s Day, Albanese explained that the opposition’s first step towards this goal would be to force all companies with 250 employees or more to report their gender pay gap, noting that the plan would also cover managerial and non-managerial positions.

Pay secrecy clauses would also be banned, meaning employees would not be obligated to keep their pay rates private.

“I think most Australians would find it extraordinary that there are clauses that prohibit people from saying what their working conditions are,” Albanese told reporters on Monday.

Albanese would also like to see the Fair Work Commission have the power to order pay increases for low paid, female-dominated industries.

However, business leaders warn the plan does not address wider societal issues and could, in fact, result in the alienation of other employee groups.

Jennifer Westacott, CEO of the Business Council of Australia, said gender pay discrepancies were issues related to the community and not just businesses.

“A disclosure regime isn’t going to create wholesale cultural change, particularly one that only targets some employers,” she told The Australian.

Currently, companies with over 100 staff are required to report details around their gender pay gap to the Workplace Gender Equality Agency (WGEA), but the data is not publicised.

Further, according to ABS statistics provided by the WGEA, the gender pay gap in Australia has been decreasing under the Liberal government since it came into power in 2013, from the highs of 18.5 percent in November 2014, to the current average of 13.4 percent.

Sam Kennard, CEO of Kennards Storage, agreed with Westacott saying affirmative policies aimed at assisting one group of people, would in fact, lead to discrimination against other groups.

“There’ll be regulations that favour particular interest groups, so that one particular identity is diminished and another one rises,” he told The Epoch Times.

“Frankly, we (Kennards Storage) completely ignore someone’s background. We just take the best candidate at the time for the job, irrespective of their race, their religion, their sex, or their age.”

Attempts to engineer equality in the workplace are part of a wider trend currently sweeping corporations and businesses globally.

While in 2019, retail billionaire Gerry Harvey made headlines when he said the struggles of legacy department store brands David Jones and Myers was due to boardroom executives being more concerned with quotas and “ticking the boxes” than providing an actual retail experience.

The recently published book, “The Dictatorship of Woke Capital,” details how the roots of “wokeism” in the corporate arena, are partly grounded in the works of early Marxists’, Antonio Gramsci, György Lukacs, and the Frankfurt School.

All of whom promoted theories grounded in the Marxist concept of class struggle—essentially the idea that society is segmented into different classes and that the classes are constantly involved in a fight to obtain the most of societies resources.

A point Kennard believes is inherent in the current push for affirmative action on all social justice issues.

“They unify a particular disenfranchised group, or create the perception of disenfranchisement, and ultimately attack capitalism and Western civilisation, and try and tear it down,” Kennard said.