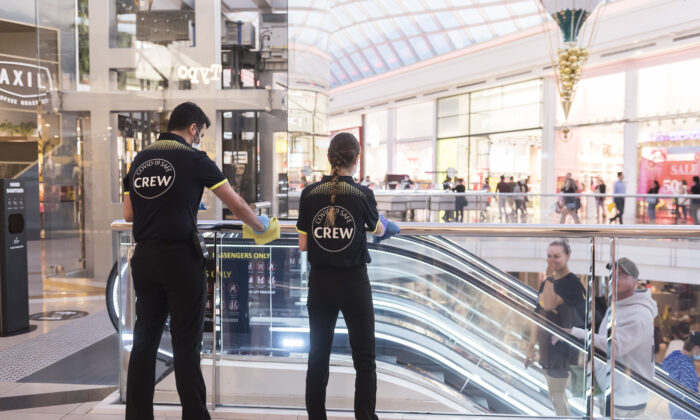 New job advertising data indicated that Australia’s unemployment rate was likely to stay in the “low threes” until the end of 2022.

According to an ANZ report, the average total number of job ads in Australia rose 0.4 percent to 245,891 in March after experiencing a 10.9 percent growth in February.

The report noted that the March figure already surpassed the pre-COVID-19 level in January 2020 by 57.5 percent.

At the same time, data from the Australian Bureau of Statistics (ABS) showed that total job vacancies in the country went up 6.9 percent to 423,500 in the three months to February 2022.

And this figure was 86 percent higher compared to the job vacancy level in February 2020, before the pandemic broke out.

In addition, nearly a quarter (23.5 percent) of Australian businesses reported vacancies, with around 80 percent citing resignation as a reason for the shortfall in employees.

The ABS said the ongoing high level of vacancies showed how the demand for labour recovered after the decline in May 2020. However, it also indicated labour shortages and disruptions, which were detrimental to business operations.

In the 2022/23 federal budget released recently, the Treasury predicted the labour market to tighten further, with the jobless rate dropping to 3.75 percent in the September quarter of 2022 and hovering around that level until 2025.

“We are more optimistic, forecasting an unemployment rate in the low-threes by the end of this year,” ANZ senior economist Catherine Birch said.

She also said that this low rate brought about uncertain positive gains to the budget’s revenue forecasts.

The national unemployment rate currently was at four per cent, a 14-year low.

Some expectations are that the jobless rate could fall below four percent in the March workforce data to be released on April 14, reaching the lowest level since 1974.

Meanwhile, an update by the ABS pointed out that retail trade volume went up by 1.8 percent in February.

Total sales across the retail industry grew to $33.1 billion (US$24.97 billion) during the month, which was the second-highest level recorded after spending regained momentum following the peak of the COVID-19 Omicron variant.

Moreover, the Australian Institute of Petroleum just published its weekly petrol prices report on April 3. This is the first one after Treasurer Josh Frydenberg announced the federal government’s decision to halve the fuel excise tax for six months to deal with petrol prices soaring above $2 a litre (US$5.71 a gallon) due to the Russia-Ukraine war.

The treasurer said that it would take Australians a couple of weeks to see the effect of the 22 cents a litre reduction.

However, petrol prices are already continuing the downward trend which emerged before the budget announcement, with the average national petrol price dropping to $1.93 a litre.