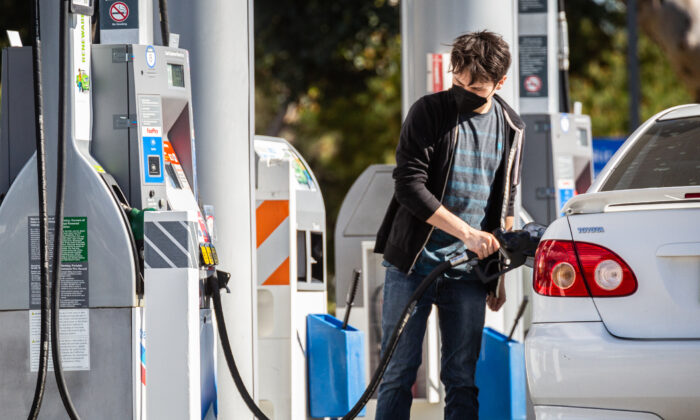 The Russian invasion of Ukraine, on top of the refusal of OPEC nations to increase crude oil production, pushed February prices for Australian petrol prices in the five largest capital cities to an eight-year high.

This is the highest inflation-adjusted level since 2014, at a time of strong international demand, conflicts in the Middle East and Ukraine, and a lower Australian exchange rate.

In the first half of March, prices have accelerated towards 220 cents a litre, surpassing the previous record, with no signs of slowing.

In June 2008, during the Global Financial Crisis, daily average prices reached an equivalent to 213 cents per litre (US$5.87 a gallon) in today’s dollars.

“The world was already experiencing high crude oil prices late last year due to the continuing actions of the OPEC and Russia cartel, and the enduring Northern Hemisphere energy crisis,” ACCC Chair Rod Sims said. “The shocking events in Ukraine have forced crude oil prices even higher, as Russia is a major supplier of oil.”

“Crude oil prices have been climbing sharply since late-2020, and prices at the bowser here have followed,” Sims said.

In the 12 months between the December quarter 2020 and 2021, average retail petrol prices increased by 41.4 cents per litre or about 34 percent.

Mogas 95 and taxes accounted for 86 percent of the average price of petrol in the December quarter of 2021.

“It is tempting to point the finger at petrol retailers when prices are very high, but our data shows that late last year 86 cents of every dollar spent by consumers at the bowser was outside of the retailers’ control,” Sims said.

The federal government has faced calls to consider measures in the upcoming federal budget, to be revealed at the end of March, including cutting excise tax—currently at 44 cents per litre.

South Australian Premier Steven Marshall wrote to the federal government on Sunday, urging for a reduction in excise tax.

Marshall has also committed to making real-time petrol pricing permanent, allowing motorists to find the cheapest fuel at any given time.

“Obviously, international conflicts have a direct flow through to the price of petrol at the bowser,” Wilson told Sky News Australia. “And that’s why we’re so mindful of it. And any tax adjustment—if it were to happen—would not radically change the impact at the bowser.”

Prime Minister Scott Morrison said the answer to the calls would be revealed in the budget but noted that an excise cut would not affect the fluctuations currently occurring.

“What are driving fuel prices are things well beyond the shores of Australia,” Morrison told Nine Network on Sunday.