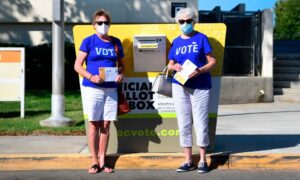 DNI: Laptop Not Russian Disinformation
0
US

Australian football – Six in the Mix

It is rapidly approaching the business end of the season in the Australian Football League. The wrestle for finals spots is far from over with just three weekends of footy remaining before the four-week finals series.

For the second week in a row (apart from last Friday night’s game), all matches were won by the hosting team. It’s not likely to happen again this round.

The battle for fourth rages. The Round 6 drawn match between the Sydney Swans and the North Melbourne Kangaroos haunts the season. With minutes remaining before the fourth quarter final siren, the Swans cheated (albeit accidently) by having 19 players on the field instead of the regulation 18 – in that time they scored and drew level. The archaic Australian football rule at that time required the captain to call a player count and if the 18-man rule was breached, the score would be wiped to zero. The AFL allowed the draw to stand, but responded the following week with an interchange rule change that gave a boundary official the ability to award a free kick and a 50m penalty for infringements.

The Swans have not had good form of late, but their saving grace last weekend was their home-ground advantage against lowly Fremantle whose inaccuracy cost them the match. This week it’s the Geelong Cats and probably the Swans’ biggest test of the season.

The ‘Roos, on the other hand, are in fine form on a five-match winning streak. They’ll face the Carlton Blues who enter this match lunging to reach the finals.

The Collingwood Magpies (seventh) and the St Kilda Saints (eighth) have what could be tough interstate matches against lowly Port Adelaide and Fremantle, respectively. Last weekend, the ‘Pies won in a dour contest against the Saints (who are fellow finals contenders) by 14 points. The ‘Pies’ percentage may keep them in good staid by the end of Round 22.

The Brisbane Lions (hosting the Western Bulldogs this weekend who are in a slump) are not without a chance of re-entering the top eight and will need to bounce back after going down to the Hawks by 69 points.

At the top of the table, the Geelong Cats have the Minor Premiership sewn up. They would need to lose all three matches, by huge margins, and the Hawthorn Hawks win all three, with equally huge margins, to overtake the 30-plus percentage points deficit.

It matters little which of the Hawks or the ‘Dogs finish second or third, as they will meet each other in the first week of the finals. These two teams may be tuning up for that match, but the Hawks would have the edge on form at the moment. The ‘Dogs have lost their consistency, while the Hawks continue to improve as previously injured players run into match fitness and form.

Meanwhile, Lance “Buddy” Franklin is on target to kick 100 goals for the season after kicking 6 goals 1 point last weekend – bringing his season total to 91.68. The Hawthorn centre half-forward, with a wayward hooking style, has an average of around 10 shots at goal per match with several either dropping short or going out of bounds on the full. But with so many attempts, bags of goals are inevitable and nine more in three games is easily achievable.

Finally, congratulations to Hawthorn’s Shane Crawford in playing your 300th game for the same club – the honour in loyalty can never be measured!

4 points awarded for a win

2 points awarded for a draw

per cent is points for divided by points against