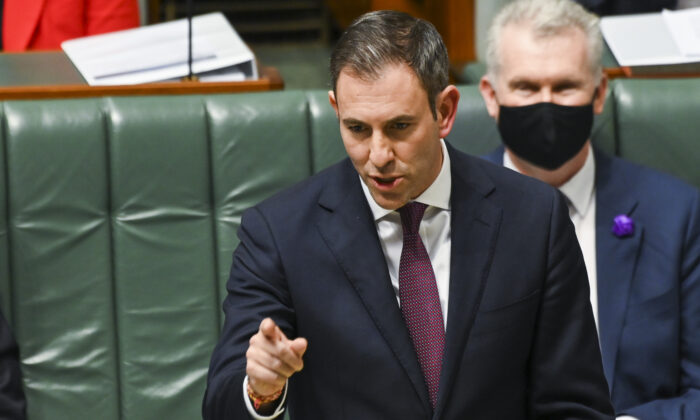 Australian Treasurer Jim Chalmers has revealed that the federal budget’s bottom line improved by $50 billion (US$33.4 billion) in the 2021-2022 financial year. However, he warns that the turnaround is temporary.

The treasurer said the final budget outcome for the 2021-2022 financial year, which is due to release in full on Sept. 28, would be $50 billion higher than previous forecasts due to an increase of $28 billion in revenue and a drop of $20 billion in spending.

However, despite this good news, Chalmers said that while higher commodity prices were behind the budget improvement, they were starting to trend downward. However, he added that Australians should not expect too much as there were lots of programs that still needed to be paid for, including those organised by the former government.

Echoing the sentiment, Finance Minister Katy Gallagher gave the examples of the $1.4 billion in extra pandemic support and $2 billion for flood-related costs announced by the Labor government after it came into power.

Chalmers said while the federal budget deficit was still expected to increase by $30 billion in the 2022-2023 financial year, the government was seeking to “sensibly, responsibly reprofile some of the spendings that our predecessor has promised.”

At the same, Chalmers said the upcoming October federal budget would focus on funding election promises, while future budgets would tacklesignificantg picture issues.

“(The budget) is the beginning, not the end, of a big national conversation about the structural position of the budget, and how we fund the things that we value, not just in our economy but in our society.”

The treasurer also noted that the budget would address the cost of living, saying it was important for government spending to generate economic benefits while not adding to inflation.

Meanwhile, Shadow Treasurer Angus Taylor criticised the government and said it should not spend all the $50 billion when Australians still needed living cost relief.

“That fifty-billion dollar windfall shouldn’t be spent the way Labor has claimed it should be. This is money that belongs to Australians,” he told reporters.

“What we need is a clear plan to deal with the inflation and cost of living pressures Australians are facing.”

Taylor then warned that the Labour government would introduce higher spending and taxes in the upcoming budget.

“(The treasurer) doesn’t want to admit that he’s inherited a strong economy and a very strong budget,” he said.

“We saw no plan other than spending Australians’ money.”