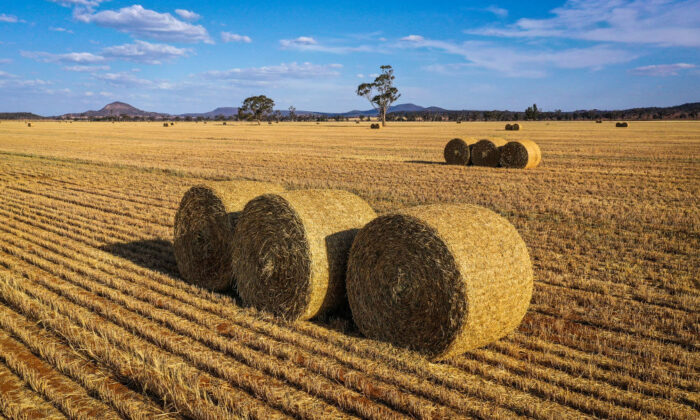 A global survey of over 600 farmers has shown that Australian growers were more optimistic about the future of the agriculture industry than their counterparts in the United States and the United Kingdom.

The Australian agricultural tech group AgriWebb has recently released a report (pdf), which surveyed 636 farmers globally and questioned them on various agricultural issues. The survey results outlined the concerns and priorities of the producers in the three countries.

John Fargher, the co-founder of AgriWebb, said the survey found that Australian farmers were the most optimistic among those interviewed.

“It’s … based critically on the future of agricultural production, the future of livestock prices and the opportunity to value add with a high-quality product,” he told AAP.

He said Australian producers surpass their overseas colleagues in confidence about the future.

Fargher also said uncertainty had overshadowed the prospect of the agriculture industry in the UK due to farm subsidies, and in the United States, farmers were worried about major meat processors controlling the commodity market.

The report indicated that while 15 percent of Australian farmers participating in the survey were very concerned about government and regulatory pressures, twice as many British farmers share the same problem.

Additionally, over 60 percent of American farmers were very concerned about maintaining and improving margins; however, that figure for Australian farmers was 20 percent.

The survey also questioned farmers from three countries about their views on carbon sequestration and carbon markets, with two-thirds of the 636 farmers saying they did not consider carbon farming as a priority.

Specifically, one in three Australian respondents listed carbon farming as their priority, and about 10 percent considered it a top priority.

On the other hand, over 50 percent of the surveyed farmers said carbon farming was either their priority or top priority in the UK.

“In Australia, the balance of the feeling out there is there are many other priorities in our business as well moving forward, so let’s not get caught up in the hype,” Fargher said.

Moreover, the survey discovered that two-thirds of Aussie farmers evaluated agricultural technology solutions and increased access to data as the key to success.

A spokesperson from the Department of Agriculture, Water and the Environment told The Epoch Times the department was unable to comment on the results of the survey.

“The Department is unable to speculate on rates of optimism in farmers across Australia, the United States and the United Kingdom, or about how they perceive priority of carbon farming,” the spokesperson said.

However, the spokesperson stated that Australian farmers could benefit from a number of agriculture schemes established by the government.

“The Government has a number of programs that reward farmers for good management of their land and the environment, including carbon farming,” the spokesperson said.

“The Government’s Emissions Reduction Fund has contracted over 170 million tonnes of abatement linked to land and agriculture sector projects, with an estimated value of over $2 billion (US$ 1.43 billion).”