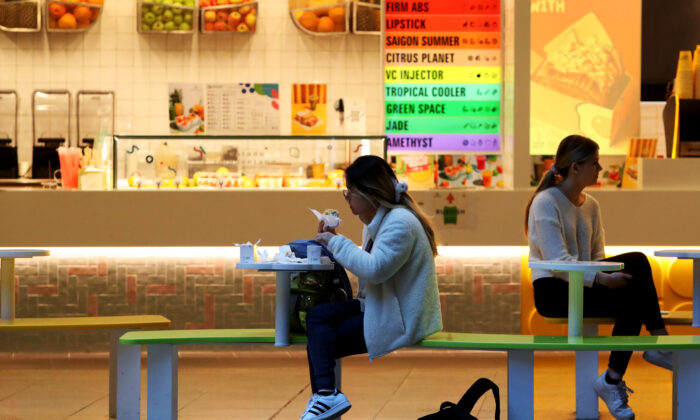 Australian consumer confidence has bounced back strongly from record lows in previous weeks as more Australians hold a positive view of the jobs market and the economy’s strength.

The ANZ-Roy Morgan survey indicated that the consumer confidence index jumped 4.9 percent in the week commencing Aug. 8, the most significant rise in 16 months.

At the same time, all of the survey’s confidence sub-indices saw improvements except “time to buy a major household item,” which decreased by 0.5 percent.

Australia’s largest online stockbroking firm CommSec expected the unemployment rate to remain stable at 3.5 percent in July, with 20,000 jobs added during the period.

Plank said the growth in consumer confidence in the latest survey had completely reversed the downward trend caused by the Reserve Bank of Australia’s (RBA) cash rate hike in early August.

However, the results were mixed among the jurisdictions. While confidence was up in Western Australia, New South Wales and Victoria, Queensland and South Australia reported a fall in consumer sentiment.

The survey came as the RBA released the minutes of its Aug. 3 board meeting, in which the central bank lifted the cash rate by 0.5 percent to 1.85 percent to curb inflation.

“The behaviour of household spending continued to present a key source of uncertainty for the outlook,” the minutes read.

The board said that while many Australian households had “large financial buffers,” some with low savings and high debt would face financial pressures in the upcoming period.

“Members will be paying close attention to how the balance of these various factors affects the outlook for spending,” the minutes read.

Regarding the global economic outlook, the RBA minutes said there were downside risks due to higher inflation, the tightening of monetary policy in most countries, the Russia-Ukraine war, and the COVID-19 containment policies in China.

“Given high inflation, the resilient economy and the tight labour market, and taking into account the risks, members agreed it was appropriate to continue the process of normalising monetary conditions,” the board said in justifying the rate rise.

Speaking about the future, the board said it would do what was necessary to bring inflation down to the two to three percent target band while keeping the economy on an even keel.