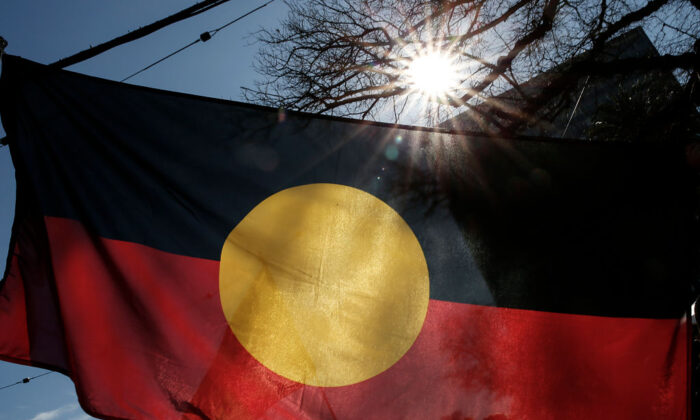 The Aboriginal Flag is seen flying during the NAIDOC March. tek of July each year. NAIDOC Week. (Photo by Darrian Traynor/Getty Images)
Australia

The Aboriginal flag will have a permanent spot on the Sydney Harbour Bridge, with the NSW state government committing $25 million (US$17.3 million) to install a third flagpole by the end of the year.

Flying the Aboriginal flag alongside the Australian and NSW state flags was an important gesture towards “Closing the Gap,” NSW Premier Dominic Perrottet said about the 2022/23 budget announcement.

“Our Indigenous history should be celebrated and acknowledged so young Australians understand the rich and enduring culture that we have here with our past,” Perrottet said in a statement on Sunday.

“Installing the Aboriginal flag permanently on the Sydney Harbour Bridge will do just that and is a continuation of the healing process as part of the broader move towards reconciliation.”

The flagpoles are about 20 metres high, the same as a six-storey building, while the flags require an attachment strong enough to withstand all weather conditions.

Transport for NSW and Aboriginal Affairs will engage with key Aboriginal stakeholders about the project.

Meanwhile, the state government has also committed $37.9 million to improve before and after school care services and $206 million towards a sustainable farming program.

The Perrotet government is due to hand down its 2022-23 state budget this week.