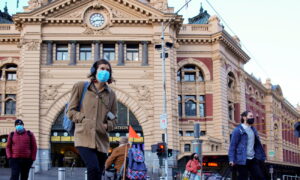 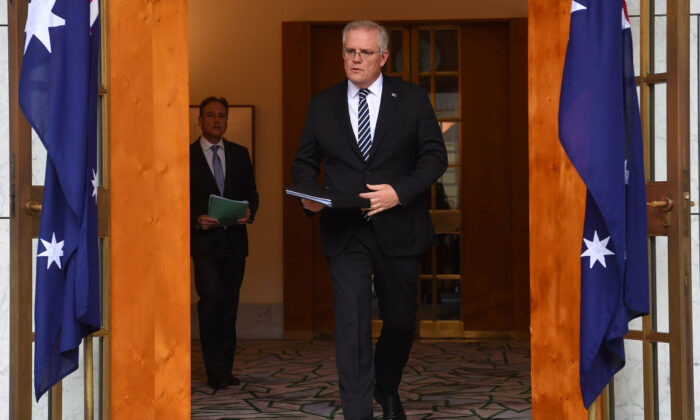 Australia Will Take Its Own ‘Path to Aggressively Suppress’ COVID-19

Scott Morrison says his government will continue to traverse an “Australian path” to aggressive COVID-19 suppression, emphasising there’ll be no international travel until medical experts say so.

The prime minister is attending the G7 summit in Cornwall in the UK as an observer and told reporters on Sunday that Australia wouldn’t change its virus approach.

He said his government hadn’t set a target on the number of Australians who need to be vaccinated before international travel resumes. He said this would only occur “when the medical advice suggests we should”.

Mr Morrison said he would “rather be living in the arrangements we have in Australia than anywhere else in the world” and that the UK, despite a high vaccination rate, was still recording high numbers of new cases.

Australia’s suppression strategy has kept the nation’s borders closed and seen states go into lockdown over a handful of cases.

“At this stage of the pandemic, it is not clear where it goes next … (given) the potential for new strains and other things to occur,” Morrison said.

Mr Morrison said Australians can “go to sporting games, or they can go to work, they can live in an economy that is bigger today than it was before”.

The comments by Morrison come after Melbourne emerged from a two-week lockdown on Friday, but restrictions on home gatherings, travel and mask use remain in place.

Victoria recorded one new case on Sunday—a close contact of a case linked to the Arcare Maidstone outbreak that has been quarantining throughout their infectious period. They are not an aged care resident.

Victorian authorities will also continue to investigate the single new case reported on Saturday, a man in his 30s from the City of Melbourne with a young family.

About 2000 people are currently quarantining across Victoria.

Meanwhile, there is growing optimism Queensland will be spared an outbreak after a couple arrived from Melbourne while they were infected.

There were no new locally acquired cases reported in Queensland on Saturday or Sunday, with local police yet to interview the couple.

There were 5,834,746 vaccines administered to Friday nationwide.