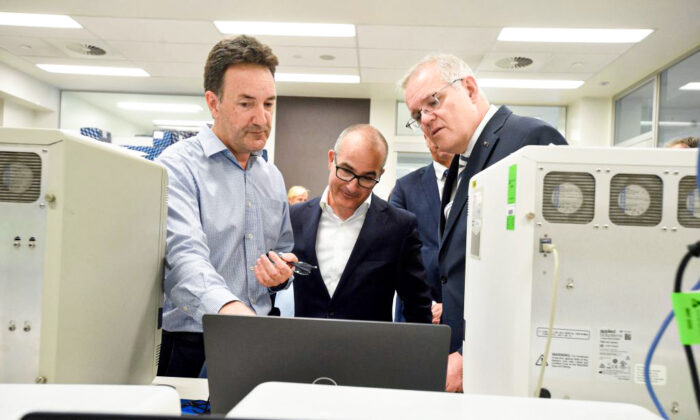 The Australian government has finalised a 10-year partnership agreement with Moderna and the state government of Victoria to manufacture mRNA COVID-19 vaccines and other mRNA vaccines in the state.

“This is an Australian made shot in the arm that will protect Australians from future pandemics and secure a new manufacturing capability right here on our shores,” Prime Minister Scott Morrison said on March 24.

The $1.5 billion (US$1.12 million) Moderna Manufacturing Strategy will see Australia produce up to 100 million mRNA doses every year in a bid to protect against new COVID-19 strains or new respiratory diseases.

Under the agreement, Australia is expected to get a guaranteed vaccine supply over the long term as well as vaccine options for COVID-19, the flu, COVID-19 with flu, along with other respiratory viruses.

The facility’s construction is expected to support 500 direct jobs, with hundreds of indirect jobs supported and up to 200 highly skilled staff will be expected to work at the facility once the hub is up and running from 2024.

Federal Health Minister Greg Hunt said the partnership was “crucial insurance” for the public’s health and will mean that Australians will now have access to “the most cutting-edge vaccination technology available.”

While Finance Minister Simon Birmingham said the deal would increase Australia’s future prosperity as Moderna becomes a key player in the development of Australia’s RNA technology.

The news of this agreement first came on Dec. 14, 2021, when the federal government announced an in-principle agreement with Victoria and Moderna.

At the time, Victorian Treasurer Tim Pallas said: “This will be a boon for both our economic recovery and our fight against future pandemics.”

The Australian government promised a further investment of $25 million from 2022-23 as part of the 2021 mRNA Clinical Trials Enabling Infrastructure Opportunity to promote the development of mRNA technology in the country.

Victoria also announced its agreement between the government agency, mRNA Victoria, and Pfizer on March 18 to increase “global collaboration opportunities with Victorian researchers and industry.”

Vaccine production is expected to start in 2024, pending regulatory and planning approvals.