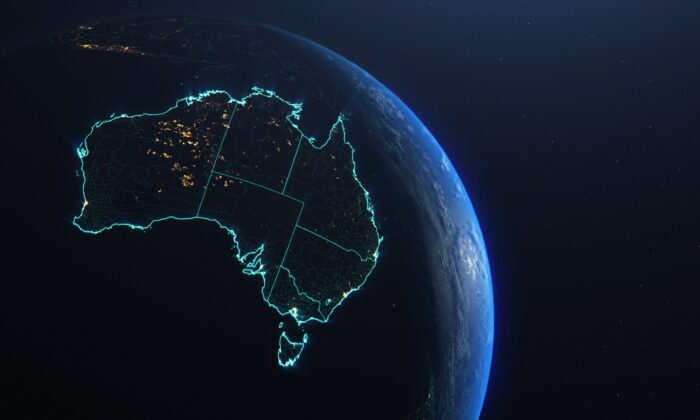 As China and the U.S. spearhead the research and development of their own quantum systems, Australia has announced a $111 million plan to secure the development, commercialisation and adoption of the tech across defence, national security, and many other industries.

Australia’s quantum leap includes a $70 million Quantum Commercialisation Hub that will facilitate research with the United States, the United Kingdom and other allies to bring the nation’s tech to a global stage.

It is estimated that the development, commercialisation, and adoption of quantum technologies can deliver Australia AU$4 billion in economic value and create 16,000 new jobs by 2040.

Quantum tech is just one of the nine priority fields in the Critical Technology Blueprint and Action Plan.

“The Blueprint sets out a vision for protecting and promoting critical technologies in our national interest,” Morrison said at the Australian Strategic Policy Institute Dialogue.

“It aims to balance the economic opportunities of critical technologies with their national security risks. And it gives us the right framework to work domestically and with like-minded countries to support the further development of these technologies.”

The prime minister noted that the technological uptake had been spurred on by AUKUS, the strategic pact between Australia, the UK, and the U.S.

“To state the obvious, AUKUS is about much more than nuclear submarines,” Morrison said.

“AUKUS will see Australia, the United Kingdom and the United States promote deeper information sharing; foster greater integration of security and defence-related science, technology, industrial bases and supply chains; and strengthen our cooperation in advanced and critical technologies and capabilities.”

What is Quantum Technology?

So what exactly is quantum technology? The Australian Army Research Centre, in a blog post, describes it as technology that makes use of a quantum system- this is an arrangement of microscopic particles like electrons, protons and nuclei.

The simplest of these systems are called qubits.  The technology monitors the system by detecting emitted photons and then utilises the measurement to discern the state of the qubits. This measurement is then used to interface with communication equipment, computers, and sensing and imaging equipment with end result creating technology that works faster, is more accurate, has better endurance and precision.

Quantum technology is currently a rapidly developing area, with nations such as the U.S. and China making breakthroughs rapidly.

Morrison also pointed to the rapid technological change as a critical component in addressing global threats, which included increasing geostrategic competition—something that has been seen following Beijing’s growing influence in the South China Sea and its neighbouring states.

“The simple fact is that nations at the leading edge of technology have greater economic, political and military power,” Morrison said.

But Morrison lauded Australia as being in a prime position to benefit from an existing foundation of world-class scientists and research capabilities.

“Quantum science and technology has the potential to revolutionise a whole range of industries, including finance, communications, energy, health, agriculture, manufacturing, transport, and mining,” he said.

“Quantum sensors, for example, could improve the discovery of valuable ore deposits and make groundwater monitoring more efficient; and quantum communications could provide for secure exchange of information to better secure financial transactions.”

Australia has already outlined its military ambitions with the tech, such as an agreement that could see the development of quantum-computer based guided weapons systems. The Australian Defence Force has formally outlined its goals in the Army Quantum Technology Roadmap (pdf), with early-stage use already in the works.

This includes one of the most precise clocks ever created, known as the Cryogenic Sapphire Oscillator—dubbed the Sapphire Clock—which won’t lose time for 40 million years.

The roadmap also outlines the potential for navigational systems in situations where typical satellite-based GPS sees difficulty, such as undersea use in submarines.