Appellants Sought by Chinese Regime for Protesting in Beijing University
0 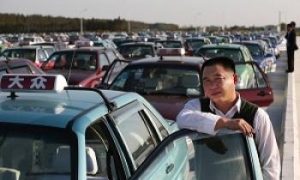 According to the Australian Bureau of Meteorology, a tropical low sits off the coast of Western Australia and a monsoon trough hangs just out from Darwin in the Northern Territory.

An already suffering and flood-stricken central Queensland is expected to get the full brunt, the weather bureau warns.

“Severe thunderstorms, flash flooding, large hailstones and damaging winds over the next several hours" have a distinct possibility of moving south to New South Wales, Victoria, South Australia and Tasmania, according to the Bureau.

The news is grim for inland Queensland where thousands of families are already suffering from flood-stricken towns and hundreds have been evacuated from their homes over the Christmas season.

And those people living in the central highlands and coalfields, south Queensland to Maranoa and Warrego, across to Darling Downs and the Granite Belt and also the east coast to the Whitsundays, will not be spared either.

The onslaught is expected to also hit Capricornia where Rockhampton and Bundaberg are situated. Both towns are now isolated, cut off from the rest of the country by overflowing rivers.

In Victoria, the southern tip of Australia, the Bureau warns of unusually high seas, large waves, gales, and gusty winds. Flood warnings have also been issued as the Murray is expected to rise.

South Australia may also expect coastal wind warnings and so too, Tasmania.

The severe weather patterns are moving into New South Wales and may affect Bowral, Orange, Bathurst, Katoomba, Parkes and Cobar.

More detailed warnings will be issued should the thunderstorms develop in the cities of Sydney, Newcastle, Wollongong, or surrounding areas.