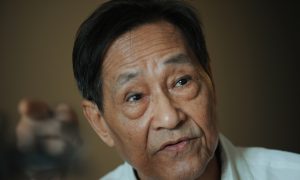 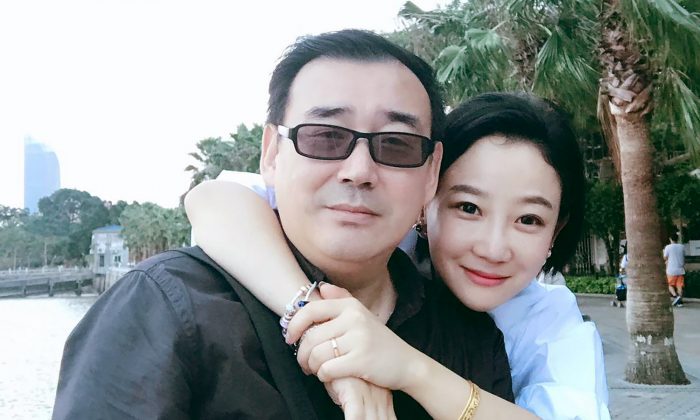 In this 2017 photo provided by his family, Yang Hengjun (L), poses with his family member in Beijing. (Yang Family Photo via AP)
Australia

CANBERRA, Australia—Australia’s foreign minister said on July 19 her government was “deeply disappointed” that a Chinese Australian writer was placed in criminal detention in Beijing six months after he was taken into custody at a Chinese airport.

Foreign Minister Marise Payne said that China notified Australia that spy novelist and former Chinese diplomat Yang Hengjun was taken into criminal detention. Yang, who was born in China, was detained in the southern city of Guangzhou in January amid growing tension between Australia and its largest trading partner after Chinese telecoms giant Huawei was blocked from participating in a 5G mobile project last year.

“The Australian government is deeply disappointed that Australian citizen and academic Dr. Yang Hengjun … has been transferred to criminal detention in China,” Payne said in a statement.

“The Australian government is concerned by this development in relation to an Australian citizen. We will continue to press Chinese authorities for fair and humane treatment, in accordance with international norms,” she said.

The 53-year-old visiting scholar at Columbia University in New York was detained on Jan. 19 when he arrived in Guangzhou from New York with his wife Yuan Xiaoliang, and his 14-year-old stepdaughter.

Yang’s Beijing-based lawyer Mo Shaoping said Yang’s wife was notified Wednesday that the Ministry of State Security had transferred him to criminal detention in Beijing.

Earlier, he was held under so-called residential surveillance. That can involve being guarded 24-hours a day with lights on continuously and tortures such as sleep deprivation, being tied to a chair or forced to stand for hours.

Yang is now suspected of endangering national security—a serious crime that includes 19 potential offenses such as spying. The allegation is more sweeping, Mo said, than a specific charge such as espionage.

Yang has not been formally charged.

The investigative agency must decide within 37 days whether to approve his formal arrest, or request more time for investigation, Mo said.

“I have written twice to China’s Foreign Minister, State Councilor Wang Yi, to request a fair and transparent resolution to this matter and that Dr. Yang be granted access to his lawyers. This has not occurred,” Payne said.

“The government has expressed concern about Dr. Yang’s welfare and the conditions under which he is held. And we have asked for clarification regarding the reasons for Dr. Yang’s detention. If he is being detained for his political views, then he should be released,” she added.

Yang’s friend, University of Technology Sydney academic Feng Chongyi, on Friday thanked Payne for what he described as “the strong statement I have been asking for.”

A former Chinese diplomat, Yang is known for his writings on issues the Chinese regime considers to be sensitive like the democratization of China, as well as freedom, human rights, and the rule of law and justice. He became prominent in the early 2000s when he earned the nickname “democracy peddler.”

Foreign policy experts and human rights advocates have urged the government to do more to secure Yang’s freedom, with critics arguing Australia’s response has not been strong enough.

Some pointed to Australia’s success this month in persuading North Korea to release Australian student Alek Sigley a week after he was detained for allegedly spying.

John Garnaut, a former government security adviser, said in April that he had warned his friend Yang not to visit China. He said Yang told him he had been questioned by a Chinese government official in Sydney in 2018 about a classified report Garnaut wrote for the government on Chinese influence in Australian politics.

The report led to sweeping laws banning covert foreign political interference and contributed to a diplomatic rift between Australia and China.

By Rod McGuirk. The Epoch Times and Reuters contributed to this report.