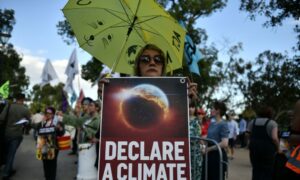 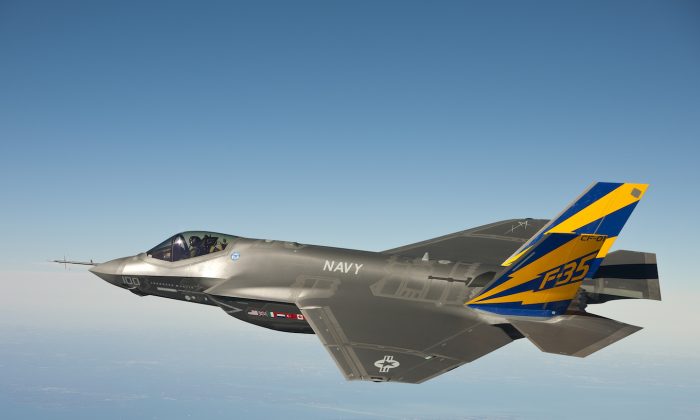 Mr Olney, from the School of History and Politics at Adelaide University, said uncertainty surrounding China’s military intentions was creating an arms race in the region and required defence investments in tune with the United States and other allies.

“At some point we were going to have to jump to a new generation fighter and if we are going to [do that], we may as well jump to the one that most of our allies are going to,” he said in a phone interview.

While the Europeans are producing fighter planes, none of them match the sophistication of the F-35, which complies with Australia’s overall defence strategy and provides important “interoperability” with our allies plus “technical facility” into the future, he said.

Announcing the purchase April 23, Prime Minister Tony Abbott, said the JSF is the most advanced fighter in production anywhere in the world.

“The F-35 will provide a major boost to the ADF’s intelligence, surveillance and reconnaissance capabilities.”

The decision comes despite evidence of technical flaws, delays and cost overruns in manufacturing the fighter aircraft.

In a recent report to Congress, the US Government Accountability Office conceded as much, saying a high number of technical problems, particularly in the debugging of software, would delay delivery by more than a year.

“Challenges in development and testing of mission systems software continued through 2013, due largely to delays in software delivery, limited capability in the software when delivered, and the need to fix problems and retest multiple software versions,” the GAO auditors wrote.

The JSF was also the victim of a massive cyber attack from Chinese hackers, according to a confidential Pentagon report revealed in The Washington Post last year. The report noted that designs for two dozen weapons systems were compromised, including the fighter.

Mr Olney says espionage is not new and described the new generation fighter planes as a “work in progress”.

“Even when [the JSF] is operationable, it will be on a constant cycle of improvement and evolution,” he said. “It’s the only way to keep something at the sharp end of the arms race now.”

Mr Olney says the fifth generation stealth fighter will not only ensure Australia has state-of-the-art equipment, but also provide local employment for maintenance and upgrades.

“It will sustain the industries that we have that have worked on F-111’s, FA-18’s and now Super Hornets,” he said.

Mr Olney conceded that the JSF would be expensive but believes there will be savings in the long term.

“Buying short-term solutions and then having to replace them would have been as, or more, expensive,” he said.