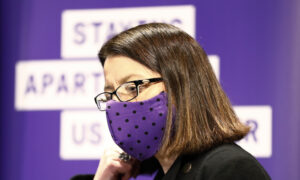 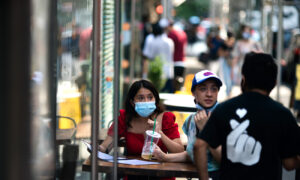 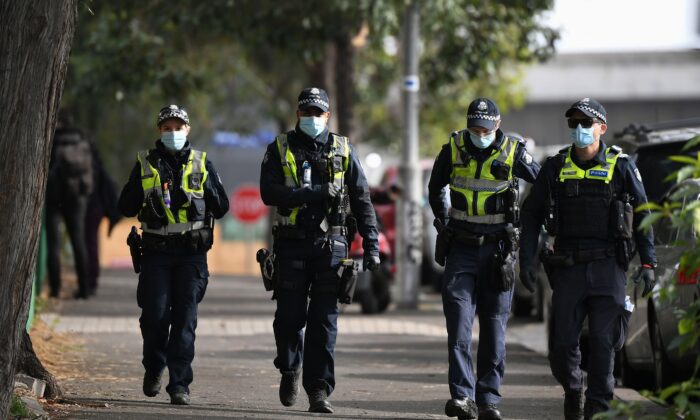 Victoria police have fined and arrested people for refusing to wear a face mask in the first week that the mandatory rule has been in place as a measure by authorities against the spread of the CCP virus.

Wearing a mask became mandatory on July 23 as COVID-19 cases and deaths in Victoria continued to swell despite the government putting Greater Melbourne and Mitchell Shire on lockdown on July 6.

A spokesperson for Victoria police said on July 26, discretion will be used for the first seven days, however, officers will not hesitate to issue fines to those “obviously and blatantly showing a disregard for community safety by failing to wear a mask.”

Bunnings, along with several Australian retailers with stores in Metro Melbourne and Mitchell Shire, updated their entry conditions policy to align with the Victorian government’s new legislation on wearing a mask.

Since then there have been some incidents of customers refusing to comply with the mandate and filming their exchanges with the retailers’ employees in videos that have since gone viral.

‘This Is Not About Human Rights’: Daniel Andrews

The state’s leader, Premier Daniel Andrews, called those dissenting over the mandatory rule “selfish” during a press conference on July 26.

“If you are just making a selfish choice that your alleged personal liberty, quoting something you’ve read on some website—this is not about human rights,” Andrews said.

“There are ten families that are going to be burying someone in the next few days.

“There are ten families who are currently planning funerals. The youngest among them is in their 40s. Please wear a mask,” he urged.

Andrews said the behaviour of dissenters was “unacceptable and unnecessary.”

Victoria recorded 532 virus cases for July 27, breaking the record again in a second wave that has produced triple-digit cases for two weeks running.

Deaths due to the CCP virus have also increased, with most cases appearing in aged care homes.