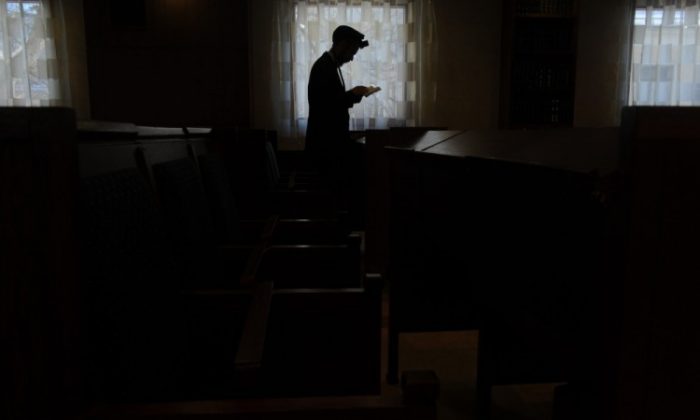 Friday marks the 67th anniversary of the Allied liberation of notorious Nazi death camp Auschwitz. While commemoration events are held around the world, the centerpiece ceremony was at the site of the evil itself, the Auschwitz-Birkenau complex near Krakow, Poland.

Pnina Segal-Kaluszyner was a 6-year-old girl interned at the camp in 1945. She spoke at the Auschwitz ceremony on behalf of the victims and the dwindling number of survivors.

Segal-Kaluszyner, who was a member of a wealthy family in the city of Lodz, recalled when she was detained by the Nazis. “Everything was normal until we were put in the ghetto. My father got ill with typhus and was put in a special hospital for people with this disease,” she said according to a published version of the speeches.

“Germans were very worried about typhus getting spread. I don’t know what happened to my father. My mother never talked about it,” Segal-Kaluszyner added. “I don’t know whether he was killed or died.”

Standing where the horror took place, she recalled the day she arrived. “When the train arrived at the Birkenau ramp, the doors were opened. Outside, I remember, the Nazi soldiers were standing in their leather boots, big black dogs at their sides, very loud music was playing, strong smell of burning was in the air, and the sky was black from smoke.”

Polish President Bronislaw Komorowski sent a letter to the ceremony to be read out: “It might seem that everything has already been said, that all the mourning has been lived through and all the grief exhausted. That is only true up to the moment when we find ourselves on the grounds of the camp.”

“Then it hits us with all its force that the heart of darkness of World War II was right here, that the evil of Nazism revealed itself in its fullest ruthlessness here,” Komorowski added.

Historians estimate that between 1 million and 1.5 million were murdered at Auschwitz-Birkenau camp alone, with the majority being Jewish, but also Roma, Slavs, homosexuals, disabled people, and other dissidents were executed.

Jan. 27 was designated by the United Nations General Assembly as International Holocaust Remembrance Day in 2005.

U.N. High Commissioner for Human Rights Navi Pillay said that “every year we must make it a point to remember” the Holocaust, according to a transcript.

Pillay added that the U.N. chose to remember the day to ensure that “young people are aware of the important historical events, terrible as they may be” and so they can learn from past incidents.

“The Holocaust serves as a reminder of the perils of discrimination and intolerance, of just how powerful the incitement to racial hatred can be, and of the importance of intervening early to prevent such a tragedy from occurring again,” Pillay added.