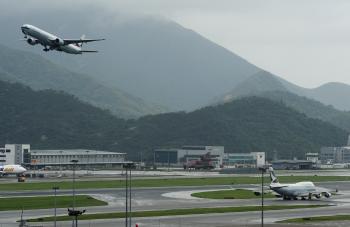 By Sonya Bryskine
biggersmaller
Print
A record number of aircraft passed through Hong Kong International Airport in August, setting a new daily high of 880, according to government data.

In total there were 4.7 million passengers, an increase of almost 10 per cent.

Mr Hui anticipates the coming months will see further growth as travel usually peaks at year-end, and in particular, during major festivals or holidays such as the Mid-Autumn Festival and the National Day Golden Week holidays.