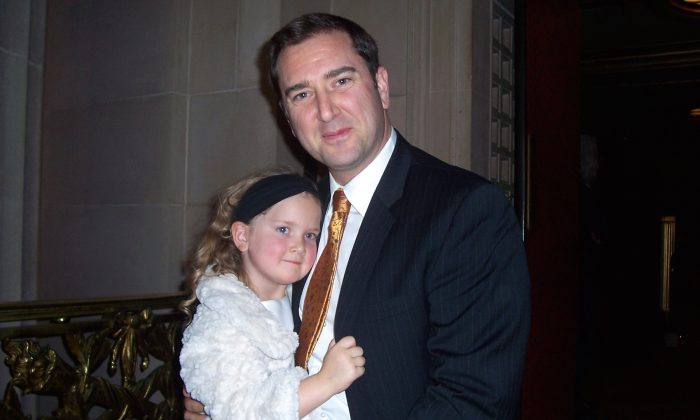 SAN FRANCISCO—Dance has become an integral part of attorney Abraham Mertens’ life. His 4-year-old daughter, Grace, is a dancer enrolled at the Fei Tian Academy of the Arts California, in San Francisco.

“She really has enjoyed being able to learn how to dance at Fei Tian and coming to see the show every year,” Mr. Mertens said. He and Grace watched the performance at the War Memorial Opera House in San Francisco on Jan. 9.

The grace of the dancers and the overall beauty of the performance impressed Mr. Mertens.

“Very graceful and beautiful, and the dancers all know their craft very well,” he said.

“It’s so beautiful, and I enjoyed all the choreography,” he added. “The choreography includes a lot of acrobatic and tumbling; that’s very nice.”

Classical Chinese dance is grounded in 5,000 years of culture and is rich in expressive power, according to the Shen Yun website. It is said to be one of the most comprehensive dance systems in the world.

The website states, “Other than complete training in the fundamentals, it also entails systematic training in movements and postures, as well as very difficult jumping and tumbling techniques.”

Shen Yun consists of a series of dance performances that are introduced by narrators who explain a bit about each piece.

“The stories are wonderful,” Mr. Mertens said. “And telling a very clear story with the introduction before[hand]—it’s something that you don’t see in most dance.”

“The animated backdrops were very nicely done and integrated very well,” said Mr. Mertens. He especially liked the effect of the dancers going back and forth from real life to animation.

Shen Yun will have a final performance at the War Memorial Opera House on Sunday afternoon before heading to Sacramento for three performances on Jan. 13 and 14.