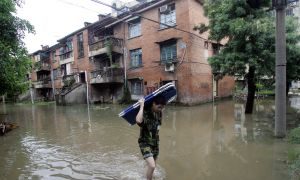 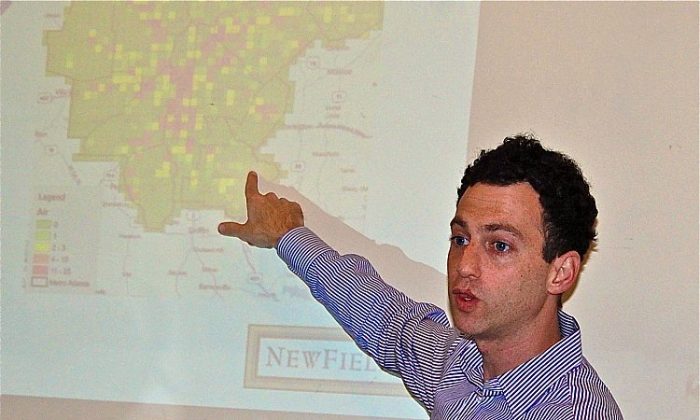 ATLANTA—In and near Atlanta, a person who does not speak English well, has a low income, or lives in a majority-minority area, is more likely to live with pollution, according to a new report. GreenLaw, a nonprofit organization, studied patterns of pollution and demographics in the 14-county Atlanta metropolitan area. The authors identified 52 areas they called environmental justice hot spots, where the worst pollution and the highest proportion of minority people and/or linguistically isolated households existed together.

David Deganian is one of two principal authors of “The Patterns of Pollution: A Report on Demographics and Pollution in Metro Atlanta.” He said, “As pollution points rise, percent non-white rises. Areas where a lot of people don’t speak English well also have a lot of pollution.”

Many states have a policy to study whether placing a potential source of pollution in a neighborhood will disproportionately affect certain types of people—not Georgia. “This state has no policy on environmental justice,” said Deganian. Only Fulton County, which includes most of Atlanta, has such a policy. Deganian presented his report to a group of community leaders on March 29 at an event organized by Helen Ho, executive director of the Asian American Legal Advocacy Center Inc. (AALAC).

“This is a civic engagement issue,” said Ho. She said she remembered a controversial crematory that would have been near 1,300 homes in a mostly Asian neighborhood. Residents spoke out against it, and it was not allowed. But in her opinion, Atlanta’s Asian people have usually been passive, except when a problem was very close to home. As a result, they are more likely to be silent when pollution sources proliferate in their neighborhoods.

“Minorities and linguistically isolated communities should not be affected by pollution more than others,” said Deganian.

The report criticized state and local government for doing little. “Georgia now lingers in a shrinking minority of only five states that have not adopted a policy, program, or initiative to directly address environmental disparities. There is a pressing need, as evidenced by this report’s results, for it to do so.”

Finally. the State Environmental Protection Division should “adopt an environmental justice policy that promotes the health of all of Georgia’s citizens,” said the report.

According to Ho, “Environmental justice is a civil rights issue.”